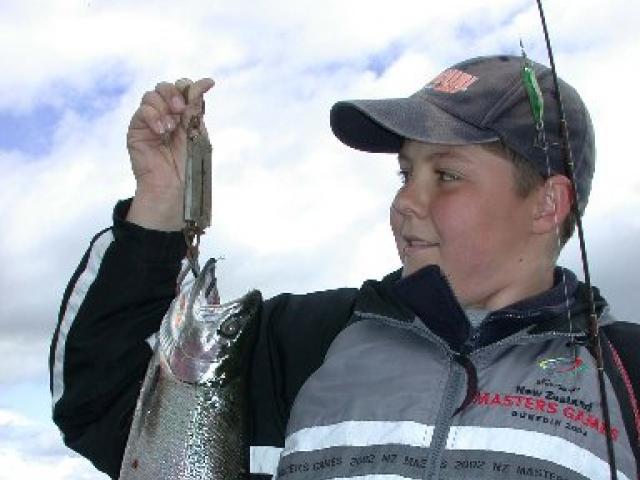 Fish and Game is urging anglers to buy their licences in time for the start of the fishing season on October 1 to avoid being fined.

The Waitaki River is not ‘‘lost’’, the president of a community-based volunteer organisation trying to enhance the salmon fishery in the river says.

Should overseas anglers be allowed to vote in Fish and Game Council elections?
Otago Fish and Game is trying to lure women towards the joys of fishing.

Water conservation orders have escaped the knife under the Government's freshwater reforms, to the relief of Fish and Game Otago and the disappointment of the Otago Regional Council.
Otago Fish and Game is ''fundamentally opposed'' to attempts to weaken the protection by which Water Conservation Orders are provided on New Zealand waters.
Fishermen who fall foul of the law are becoming more convincing liars, giving false names and details to rangers, Otago Fish and Game says.
Newly appointed New Zealand Fish and Game Council chairman Peter Robinson has declined to comment on the progress of a complaint made by Otago councillor Dave Witherow against its chief executive.
The Otago Fish and Game council has shown its confidence in Dave Witherow by re-electing him as its representative to the New Zealand council.

Otago national body representative Dave Witherow is again offside with the Fish and Game New Zealand council after sending out a questionnaire accusing its chief executive of incompetence.

Despite members of the Otago Fish and Game council supporting the investigation of the Tarras Irrigation Scheme by the Otago Regional Council, they want minimum flow settings of the Lindis River kept separate from the proposal for public submissions.
While Prime Minister John Key says he has been working with opponents of the $11 million Around the Mountains Cycle Trail, one main opponent, Fish and Game, has not had heard from him. During Mr Key's visit to Queenstown last week he was asked if his Government would be stepping in to challenge opposition to one vital 28km piece of the trail alongside the Oreti River that was denied in August.

The green waste dumped and leaching into Dunedin's urban streams is "offensive" and endangering the brown trout, Fish and Game says.

Eight-year-old Blake Rackham had a story to tell yesterday after landing a whopping rainbow trout.

After a two-year delay, a $70,000 fish-trapping study to find out how many juvenile salmon are getting into the Lower Waitaki irrigation scheme will finally get under way next week.
Failure by the Otago Regional Council to work with affected groups on its proposed water quality changes means those organisations need to start talking to each other, Fish and Game councillor Ray Grubb says.

A threat to Fish and Game's ability to have a say on any resource consents affecting fish or gamebird habitat has led it to take action in the Environment Court.