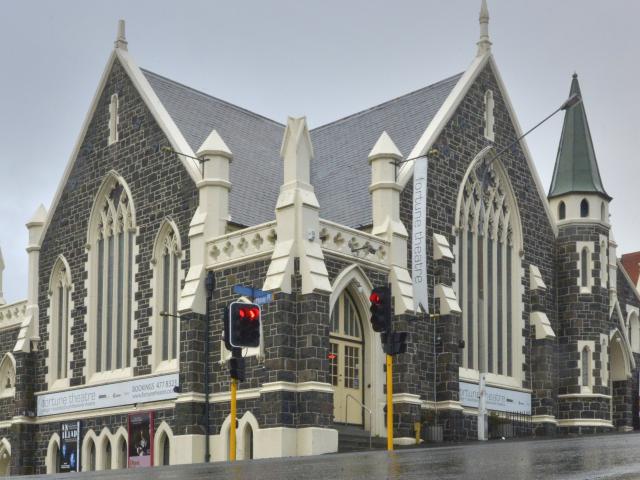 Following the closure of the Fortune Theatre last month, the Fortune Board of trustees have voted to dissolve and liquidate all the theatre's assets.

Ghosts are being used to raise spirits and much-needed cash in a run-down historic Dunedin theatre.

The Fortune Theatre opens its 40th anniversary season on Saturday with a new play by Roger Hall. Charmian Smith talks to New Zealand's best-known playwright about his new play and his long association with the theatre.

Breaking a leg, dying on stage - acting is not for the faint-hearted.

Caselberg Trust artists in residence Pacific Underground mark 20 years of performance art with a show at the Fortune Theatre on Saturday.

Tribes, each with their own rituals and ways of doing things, can be found in families, communities and groups with particular interests, says Fortune Theatre artistic director Lara Macgregor. Charmian Smith talks to her about Tribes, the theatre's upcoming production.

Clothes are more than just a covering. They can evoke emotions of all kinds according to Fortune Theatre artistic director Lara Macgregor. Charmian Smith reports.

The Fortune Theatre is charged and primed for its 2013 season. The opening salvo is an explosive play which changed the landscape of New Zealand theatre. Nigel Benson reports.

They may be disabled old codgers but they are still as sharp as tacks and full of dreams and desires. Charmian Smith talks to the cast of Heroes, a special tribute to forgotten veterans, full of wit and humour, but with an underlying sadness and wistfulness.

A group of Dunedin actors will be checking the fire exits this weekend before performing a play they originally staged a quarter of a century ago.
Fish and chip shops: Kiwi as, they're often owned and run by immigrants.
As full-length plays go, Red is quite short. It requires two actors, an uncomplicated set and some paint.

Last year was a tough one for the new management team and staff at the Fortune Theatre, but this year they can start enjoying it, says Lara Macgregor, the theatre's artistic director. She tells Charmian Smith about the new programme and many other initiatives they are looking forward to.