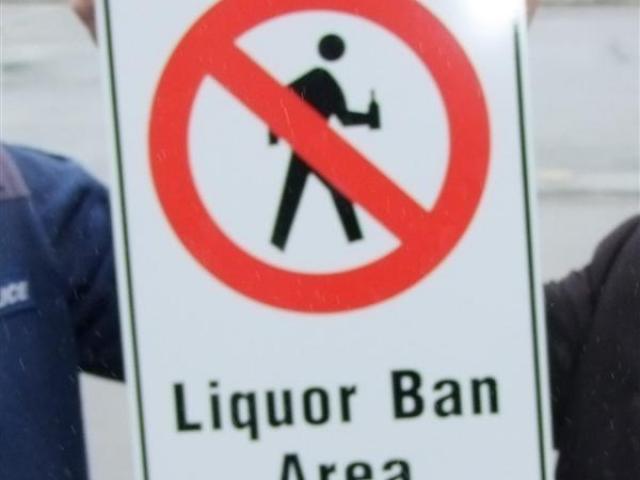 Temporary liquor bans will be enforced at Otematata and Omarama over the Christmas holidays for the second year running.

The extension of the liquor ban to North Dunedin might not be the best way to curb harmful drinking among students and is only one of many tools the council and other groups are considering to tackle the problem, Cr Kate Wilson says.

City councillors have delayed a decision on extending a liquor ban to Dunedin's student area while they try to get buy-in from students and look at a broader action plan to tackle the damage caused by alcohol in the city.
The Hyde St keg party will go ahead next year whether there is a liquor ban or not, and it would be better if it had at least some organisation about it, the president of the Otago University Students' Association says.

Some "pre-consultation" on a review of Dunedin's local alcohol policy will take place over the next few weeks as the Dunedin City Council attempts to tighten up liquor laws in the city.

Dunedin city councillors were sent a clear message yesterday - extending the liquor ban to North Dunedin would not, on its own, change the student drinking culture.

People who might enjoy a late-evening drink along Lake Wanaka's foreshore will be out of luck if a police proposal gets the backing of the Queenstown Lakes District Council.

The University of Otago supports a liquor ban in North Dunedin and thinks there might be merit in extending it to include the entire city.

The Dunedin City Council, police and the University of Otago have student street parties like the Hyde St keg party - which Mayor Dave Cull yesterday labelled "too dangerous to continue" - firmly in their sights.

Hundreds of University of Otago students are signing a petition calling for an alternative to the proposed extension of the central city liquor ban in Dunedin.

An inner-city Dunedin resident is concerned the extension of the liquor ban to North Dunedin will cause more problems in streets like hers - those that border the city centre, but fall outside the ban area.
Extending the Dunedin permanent liquor ban to cover the North Dunedin student area would be welcomed by Dunedin police, as they would be pleased with any measure that reduced alcohol related-harm, the city's police commander said yesterday.

Students opposed to a permanent liquor ban in North Dunedin say the street drinking culture is "one of the main attractions" of studying at Otago University.
With just five days to go before Christmas Eve, Wanaka police have plans to boost their presence in the Upper Clutha region.
Omarama may have a liquor ban again this Christmas after a trial last year reduced disorderly behaviour in the town.
A temporary liquor ban covering Otematata could be put in place to avoid trouble at Labour Weekend.

Student representatives on the University of Otago council have questioned the motives behind continuing the campus-wide alcohol ban after the Rugby World Cup.

Alcohol will remain off-limits on the University of Otago campus, as students face an extended dry spell courtesy of a Rugby World Cup liquor ban which is likely to continue once the tournament ends.