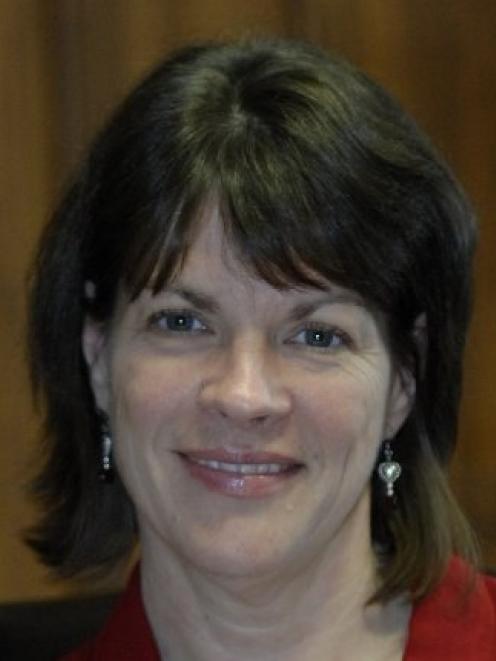 Harlene Hayne
The University of Otago supports a liquor ban in North Dunedin and thinks there might be merit in extending it to include the entire city.

That idea was supported by other submissions to the Dunedin City Council on its proposal to extend Dunedin's CBD liquor ban to North Dunedin.

Eight submitters wanted to see the ban extended to cover more than just the CBD and North Dunedin, including individuals concerned the proposal as it was would simply displace street drinking activity.

They included the Otago Polytechnic and Public Health South, which first recommended a citywide liquor ban in 2008 after doing a comprehensive health impact assessment after a council proposal to extend liquor restrictions to North Dunedin.

The 2008 proposal to extend the ban to North Dunedin did not find favour with the then council.

The present council has gone a step further and next week will hear from 11 submitters and consider another 28 submissions on its proposal.

Thirteen are opposed to the idea, including the Otago Polytechnic and Otago University Students' Associations, the latter having submitted a petition with 2674 signatures.

Otago University's submission said it supported the ban, even though there was no conclusive research on the effectiveness of liquor bans, and a ban alone would not relieve the university's concerns about the impact of drinking on students.

Vice-chancellor Prof Harlene Hayne said the university made no secret of the fact "many" students exhibited dangerous drinking patterns, and there was no evidence the problems were reducing.

She said students arrived at university with a well-entrenched history of dangerous drinking, a situation created in large part by relaxed laws around the purchase and access to alcohol.

The university supported a liquor ban because they were shown to reduce disorder, increase public perceptions of safety and influence community norms about the acceptability of public drunkenness.

"There might be merit in extending the ban beyond North Dunedin to include the entire city," she said.

But alongside the ban there also needed to be changes to reduce availability and access to alcohol and increased enforcement of existing laws, she said.

A summary said most of the submissions in favour of the ban mentioned the behaviour of young people in North Dunedin and the "hope" the ban would send a message their behaviour would not be tolerated.

Opposers said the proposal was discriminating, limited civil liberties and gave the impression of being anti-student.

A ban would not change the drinking culture, and the student life and culture set Otago apart from other universities, with a lot of people coming for that experience.

It was also suggested the proposal was unmanageable and impractical and the police would not be able to enforce it, especially in the case of large parties, and any breaches would be an added burden on the already overstretched judicial system.

After the CBD ban was introduced in 2004, disorder offences fell 15.4% and it was reasonable to expect the same might happen in North Dunedin, area commander Inspector Greg Sparrow said.

Police could use the ban to discourage large gatherings that might later spill out on to the street and attract people intent on breaking the law.

It was "highly unlikely" limiting the ban to North Dunedin would create drinking displacement, as it covered most of the residential student area and the issue was predominantly with students moving from flat to flat or having large parties outside flats, he said.

Councillors will consider submissions next Wednesday.