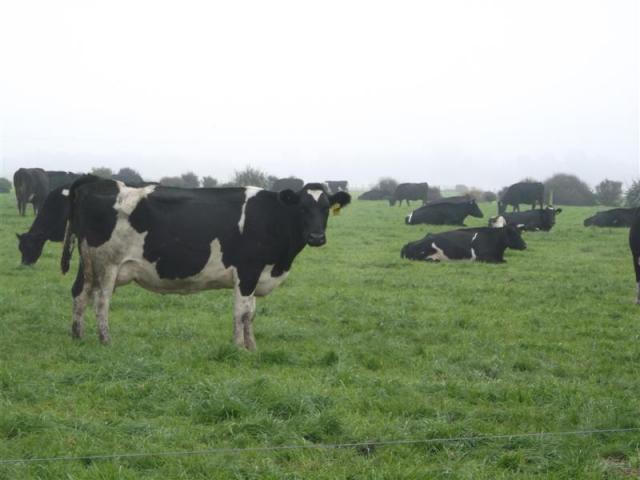 New Zealand dairy farmers have lost a key competitive edge in the international market, a leading financial researcher says.
Dairy farmers are being advised to stick to budget, despite Fonterra's forecast of an $8.30 milk price.

A dairy supply crisis in China is likely to help delay any significant softening in world dairy prices - already at exceptionally high levels - until next year, analysts say.
Federated Farmers Otago dairy chairman Stephen Crawford says Fonterra's record forecast farmgate milk price is ''very good news'' but cautions it is ''not in the bank yet''.

A 50c increase in Fonterra's forecast milk price for 2013-14 has been described as an ''overdraft clearer'', allowing farmers to pay back credit lines extended to them during widespread drought.

The outlook for the growth of New Zealand milk production over the next decade has been described as going from a "torrent to a relative trickle".
Auckland-based specialty grocery retailer Nosh has signed a bottling agreement with organic dairy farm Green Valley.
An Auckland-based specialty grocery retailer, which slashed the price of milk to $1 a litre last month, is now looking to bottle its own.

Dairy giant Fonterra has attacked proposed changes to raw milk regulations, saying profits will head overseas and it will hinder rather than help New Zealanders get access to affordable milk.

New Zealand's milk prices are once again at the whim of the international market, but this time changes should be positive for consumers.
Whole milk powder was the only commodity to record a lift in the ANZ commodity price index for November.
Fonterra is proposing changes to the raw milk regulations which it says will ensure processors supplying New Zealanders with dairy products "get their fair share" of regulated milk.

A parliamentary select committee inquiry into milk prices will be launched after the National Party caucus today gave it the green light.

New Zealand-listed milk company A2 Corporation is bucking the trend as the supermarket milk-price war continues in Australia.

A parliamentary inquiry into the price of milk will be wide ranging, with MPs agreeing to look at the how the market operates at all levels.

Mission impossible? The green light may have been given for a long-awaited parliamentary inquiry into the price of milk, but the approval may have come too late for the commerce select committee to come up with any findings before the election.

Partisan divisions are already evident over a parliamentary inquiry into the price of milk with members not even able to agree on a progress statement after meeting yesterday.
A parliamentary select committee inquiry into milk prices is "premature and confusing" given an inter-departmental review of regulations is still to be completed, Federated Farmers dairy section chairman Willy Leferink believes. The select committee inquiry will be launched after National's caucus confirmed yesterday it would support it.

While doubtless on firm technical ground in ruling out a formal investigation into the price of milk, the Commerce Commission's decision last week puzzled many casual observers.

Milk powder prices rose a further 5.9% this week to reach their highest level in three years.