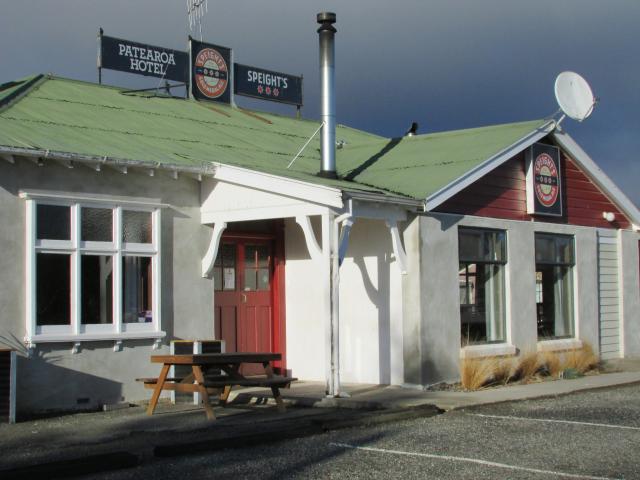 From your deep knowledge of the Bible you will recall Revelation 4:1 which kicks off with, "I looked, and behold, a door standing open in heaven! And behold, a throne stood in heaven, with one...

"Pass me another slice of Judith, Cindy."

It's that time of the year again. The frustrating frenzy of present buying, the shambles of party planning, emotional and fractious family reunions all culminating in nervous breakdowns in plague...
My holiday reading came from the Patearoa public library.
How cruel ratepayers can be. I've heard people slagging off at the Dunedin City Council for spending more than half a million dollars each year on staff training.
Parliament Buildings, Wellington, New Zealand

The Barbarians are at the gate. The ramparts have been breached and the very entrance to the city is in the hands of the Vandals or, more accurately, the Goths.

Welcome to this first meeting of the Flag Options Panel (FOP).
Blame the Cricket World Cup, but the conversation among the bunch of old blokes I drink with has turned to memories of feats performed with willow and leather.

''M'lud, may it please the court, I represent the defendants in this case, which in the opinion of any sensible practitioner of the law should never have come before this august assemblage of the finest minds in the profession, excepting perhaps my learned friend the prosecuting counsel who is, incidentally, neither learned nor my friend.

You will have heard many times the politician who thinks ''referendum'' is pronounced ''refrendum''.
The Labour Party's quest for a leader to take the faithful to a glorious triumph in the 2017 elections may take some time.
''Don't Vote! It Only Encourages Them!'' I had always thought this was just a clever little bumper sticker slogan. Rather like its antithesis ''Vote Early! And Often!''
Years ago, I became enmeshed in the public speaking circuit. It started innocently enough.
''It's outrageous! They charged me a dollar fifty for actually going into their blasted shop with cash to pay their blasted telephone bill. It's nothing less than highway robbery! 'Pay online,' they said, whatever that means.''
A timely warning (an ''advisory'' they call it, in keeping with their bureaucratic image) has been issued by the Pest Eradication Board (PEB) and it is worth running here as the media have generally ignored it in favour of stories about Prince George's birthday.
As you know, to find out about city council matters it is usually necessary to invoke the provisions of the Official Information Act but this column is fortunate in having a mole within the council who, for the price of a few beers, happily hands over documents of all kinds.
''You write some awful rubbish,'' a friend commented. I thanked him with a modest lowering of the eyes and muttered, ''Nothing, really.''
As John Key pondered the offer of an elephant from Sri Lanka (only the excess baggage fees held him back) his far more important personal meeting with the Queen a month or so back was almost forgotten.
Dunedin writer and broadcaster Jim Sullivan marks the opening of the summer bowls season.