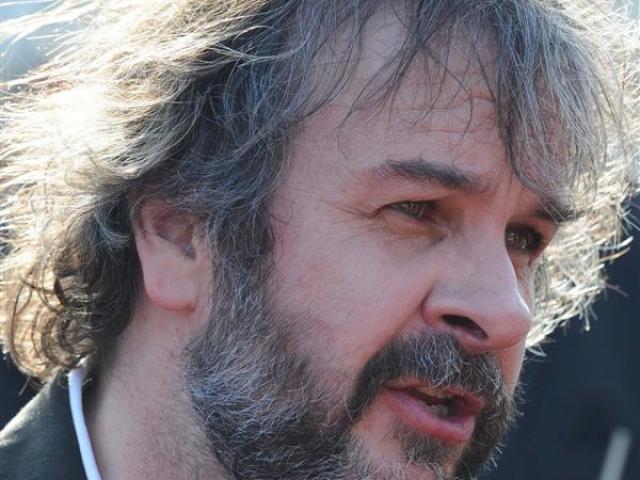 Hollywood heavyweight and New Zealand director Sir Peter Jackson has sent a message of support for rebuilding the Paradise Homestead.

The high-profile case of the West Memphis Three murderers might seem like an odd choice of films for director Peter Jackson, but the "Lord of the Rings" maker has come to Sundance with a documentary about the case and a new revelation of a possible suspect.

The wait will soon be over for Hobbit fans: Peter Jackson will unveil the first trailer for his hugely anticipated movie tomorrow.

Steven Spielberg has confirmed a sequel to his 3D movie version of the comic book hero Tintin before the first has even been released in New Zealand.

Sir Peter Jackson's film production company has made a documentary about a US trio controversially convicted of murdering three boys.

The news yesterday that Sir Peter Jackson and his wife Fran Walsh have secured the future of Wellington's innovative Bats theatre - which has over the years nurtured a small pantheon of original home-grown talent - by buying the central-city building housing it, coincides with his working sojourn to this part of the world.

Geeks have travelled from all corners of the globe to San Diego in southern California to see two Hollywood heavyweights, New Zealand Oscar winner Sir Peter Jackson, and Steven Spielberg appear on stage to discuss their collaboration, The Adventures of Tin-Tin.

British actor and performer Stephen Fry will appear in 'The Hobbit' movie, director Peter Jackson announced today.
The New Zealand Film Commission (NZFC) has rejected highly critical comments about its relationship with the industry made in a Sir Peter Jackson report last year.

Key cast members of 'The Hobbit' made their first media appearance today, clearly ready to get the show on the road following chronic delays and industrial action.
A man has been jailed for almost a year after charging nearly $250,000 to Sir Peter Jackson's American Express card.

The first day of shooting for the 'Hobbit' movies has been set for March 21, production company 3Foot7 announced today.

Sir Peter Jackson has been discharged from Wellington Hospital to complete his recovery at home, following an operation for a perforated ulcer, his publicist said today.

Sir Peter Jackson has undergone surgery after being admitted to Wellington Hospital with acute stomach pains.

Actor Elijah Wood is set to revisit his role as Frodo in Sir Peter Jackson's movies of The Hobbit, despite his character not featuring in the book by JRR Tolkien.

An email from Sir Peter Jackson shows union action had nothing to do with Warner Bros.' decision on whether or not The Hobbit would be filmed in New Zealand, says Council of Trade Unions president Helen Kelly.

Thousands of people gathered around the country today to rally against The Hobbit films moving offshore.