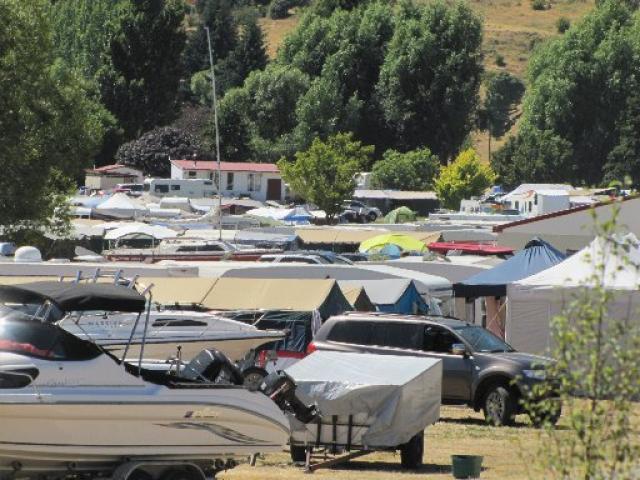 Anglers want the Queenstown Lakes District Council to get its ducks in a row over recreation pressure on lakes and rivers.

Patrols will be out in force in Queenstown and Wanaka during the busy summer period, ensuring recreational lake users are adhering to the rules.

New Zealand had its lowest drowning death toll in six years last year - but the number of powerboat-related drownings is increasing.

The rescue of two men stranded in the fast-flowing Kawarau River yesterday was yet another "lesson for everyone" on the waterways to wear a life jacket, Queenstown Lakes District Harbour Master Marty Black says.

Sport Otago hopes to expand its learn-to-swim primary school programme to Central Otago and Queenstown, in a bid to target areas of the region which account for almost half of Otago's drownings.

The Dunedin City Council will consider costly improvements to Dunedin's water infrastructure to address fears chemicals leaching from former industrial sites are contributing to the contamination of Otago Harbour.

Shane Hildred is used to having his occupation blamed for all the problems with New Zealand's waterways.

Changes afoot in regulations governing water use in Otago will influence the region's prosperity for years to come, the Otago Regional Council says. Rebecca Fox looks at the council's sometimes controversial approach to water quality and quantity.

The Safe Boating Family Open Day was held at Frankton Marina yesterday. Together with free boat safety check-ups, sausage sizzle and a bouncy castle for the kids, each station emphasised safety messages including life-jacket use, marine fire safety and the need for good communications on the water.
A new Wakatipu water safety public awareness campaign has been launched, urging people who see danger on the water to call 111.

A group of Hawea Flat residents has launched a campaign to protect their bore drinking water supply from the threat of dairy farm effluent.

Water safety groups and tourist operators in Queenstown have vowed to educate tourists about lake safety to prevent a repeat of last December's drowning of two French kayakers on Lake Wakatipu.

The Otago coroner looking into the deaths of two men who drowned during a collision between a jet-boat and jet ski has recommended wearing life jackets be made compulsory for all small-boat users.

Former plumbing contractor Maurice Kippenberger knows all about water, and he has had enough of cleaning slug-like creatures out of his home supply.

An investigation into the vexatious algae contamination of Wanaka drinking water has concluded a treatment system to eliminate the problem would be prohibitively expensive.