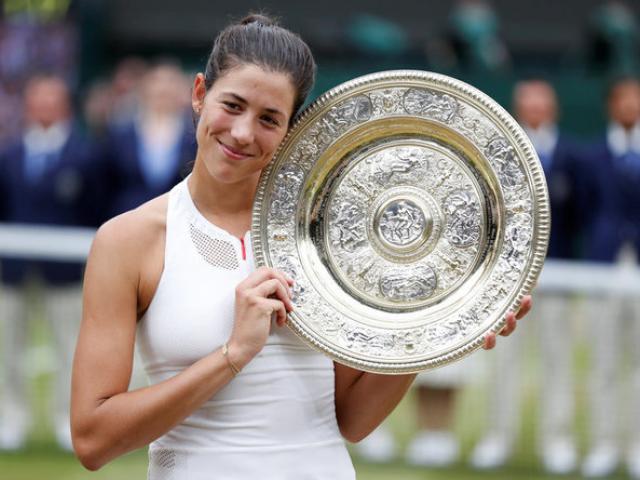 It was a tale of two coaches and two sisters for Garbine Muguruza on Saturday as the Spaniard found the formula to steer her way through a barrage of high-intensity tennis and claim her first Wimbledon crown.

Roger Federer's relentless pursuit of a record eighth Wimbledon title continued as he fought off stubborn Czech Tomas Berdych 7-6(4) 7-6(4) 6-4 to reach the final for the 11th time.

Roger Federer and Novak Djokovic raced into the third with straight sets, while women's third seed Karolina Pliskova was dumped out of the tournament.

American Bethanie Mattek-Sands was stretchered off court screaming in pain after suffering an horrific knee injury during her women's singles match at Wimbledon .

Roger Federer and Novak Djokovic progressed to the second round at Wimbledon after their opponents retired early in their matches, leaving the Centre Court crowd disappointed.

Novak Djokovic has claimed a second Wimbledon title after coming out on top in an extraordinary battle of wills against seven-time winner Roger Federer, eventually triumphing 6-7(7) 6-4 7-6(4) 5-7 6-4 in a gripping encounter.

After delivering a final devastating blow, Petra Kvitova lay sprawled on the turf, her arms raised in celebration having crushed tennis's would-be princess in a Wimbledon final closer to a coronation than a contest.

Roger Federer reached a ninth Wimbledon final after emerging unscathed from the crosshairs of bullet-serving giant Milos Raonic, winning 6-4 6-4 6-4 with a masterful display of the grasscourt arts.

The mayhem created by an Australian firecracker the previous evening was continued in brutal fashion by Bulgarian Grigor Dimitrov as he annihilated defending Wimbledon champion Andy Murray.

If there were fears Novak Djokovic's double-fisted backhands may malfunction after a heavy fall on his shoulder three days ago, they were allayed by a show-stopping crosscourt service return on match point.

World number one Rafael Nadal pulled back from the abyss to reach the third round at Wimbledon just when it looked as though bogeyman Lukas Rosol had returned to haunt him.

The Champagne cork that popped before the second point of Andy Murray's thrashing of Blaz Rola may have been a little premature, but the defending Wimbledon champion has already thrown down the gauntlet to his rivals.

Andy Murray wiped out 77 years of pain and hurt as he became the first British man since 1936 to win the men's title at Wimbledon with a 6-4 7-5 6-4 victory over world number one Novak Djokovic.

No-one would have guessed that Sabine Lisicki is allergic to grass as she joyfully rolled on the famous rectangle of turf after surviving a heart-pumping, nerve-jangling epic to set up a mind-boggling Wimbledon final against Marion Bartoli.

Andy Murray put the home fans through the wringer as he came back from two sets down to book a place in the Wimbledon semi-finals with an edgy 4-6 3-6 6-1 6-4 7-5 win over unseeded Spaniard Fernando Verdasco.

Novak Djokovic, Andy Murray and Serena Williams will head a cast of fresh-faced hopefuls as Wimbledon heads into the second week which will be a Federer-free zone for the first time in 11 years.

Like a ruthless emperor dismissing an underling, top seed Novak Djokovic ended a highly satisfactory first week at Wimbledon by brushing aside Frenchman Jeremy Chardy 6-3 6-2 6-2 to continue his serene progress.

The sweet spot of Andy Murray's racket was put through its paces as he signed of his first week at Wimbledon by stylishly dispatching Spain's Tommy Robredo 6-2 6-4 7-5 to move into the last 16.

An air of calm descended at Wimbledon on 'Tranquil Thursday' as Novak Djokovic and Serena Williams avoided the trail of destruction that had decimated the field at the All England Club on day three of the grasscourt major.