American Bethanie Mattek-Sands was stretchered off court screaming in pain after suffering an horrific knee injury during her women's singles match at Wimbledon on Thursday, while her opponent criticised the time taken to deal with the incident.

Mattek-Sands was playing Romania's Sorana Cirstea on outside Court 17 when she appeared to slip as she approached the net at the beginning of the third set, then collapsed awkwardly to the grass.

After a moment's silence, she suddenly screamed out in pain, then repeatedly shouted "help me," clutching her right leg.

Cirstea approached her, then looked shocked as Mattek-Sands continued to cry out in pain as everybody around the court initially seemed stunned.

Medical personnel then arrived and Mattek-Sands was treated by doctors on the court for more than 20 minutes, during which time she was given oxygen and an injection.

Still clearly in pain, the 32-year-old continued to scream out: "It hurts, it hurts so much," as she was taken away on a stretcher.

Cirstea said she knew immediately it was a serious injury. "I'm not a doctor but you could see that her kneecap was in a very weird position," she said. "I've never seen anything like this, probably except in the movies. And, yeah, I panicked a little bit, as well.

"It was shocking as she is a good friend of mine. She was shouting 'Sorana, help me' and all I could say was 'I'm here, be strong'."

Cirstea said she was surprised that it seemed to take so long for anyone to react to the injury.

"I think everyone froze. No one was having any reaction," she said. "I called for help, but no one was coming.

"I think for a long time it was me, her husband and my physio. My physio jumped and he was there. I was trying but, of course, I felt useless. When she was screaming so loud, it was a very uncomfortable moment. I felt a little bit useless. I wish I could have done more.

"It felt, like, so long. I don't know, there are sports where you see something's happening, you see straightaway the help. Like I know football, boxing, all the others, it's straightaway.

"It took a while. So, of course, you wonder what would have happened if it was a heart issue or something like this."

"I think someone has to take the video and actually time and see how long it took for people to get there. Because for me, I think she was too long on the ground. I mean, I was there for 10, 15 minutes, then I left and the stretcher was not there yet." The All England Club responded by tweeting: "The first response to Court 17 was within 1 minute, by a qualified ambulance technician.

"The player was kept on court while pain relief was given. She was then transferred directly to an ambulance and taken under emergency conditions to a hospital."

Mattek-Sands, who suffered a serious ligament injury to the same knee four years ago, has won five grand slam doubles titles with Czech Lucie Safarova, who was crying courtside during the incident, and if she had won at Wimbledon would have held all four at the same time. 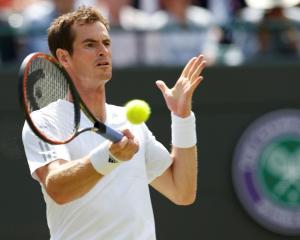