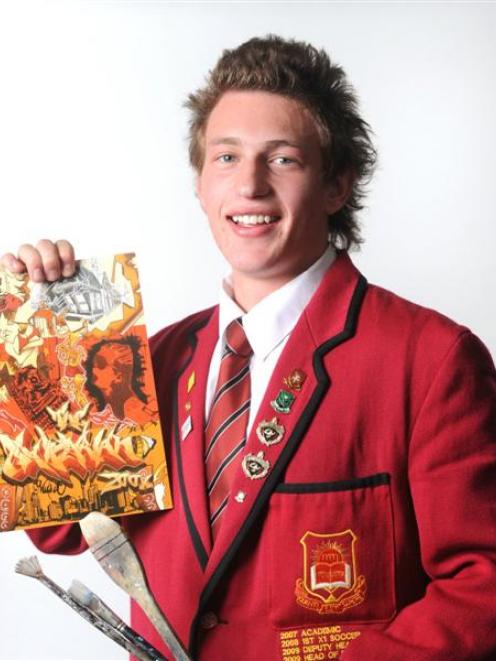 With work on the cover of school magazines and hanging in art galleries, the 18-year-old Waitaki Boys High School deputy head boy has been busy making a name for himself.

He won school art prizes in 2007 and 2008 and had his art featured in the Forrester Gallery in Oamaru for the past three years.

In 2008 and this year his art adorned the cover of the school magazine and he won a Southland magazine cover design award for his efforts.

In 2008 he also won the school diary design competition.

Along with his artistic talent, Heath loves football and is vice-captain of the school's First XI this year.

Heath is also heavily involved in a range of different groups and committees, including the Bluelight committee and the Students Against Driving Drunk committee.

He regards World Vision as an important charity and he was in charge of organising a 20-hour run fundraiser.

He and the team raised a record amount for World Vision.

He also attended a World Vision Ambassador course and hoped to be selected as a youth spokesman.

Role model: He respects Old Boys like Arthur Milne for ‘‘the way he went about things''.

Hopes for the future: ‘‘I'm applying for a scholarship in America for football'' but if that did not work out he would study graphic design, computer science, architecture or building science at Victoria University or the University of Melbourne.