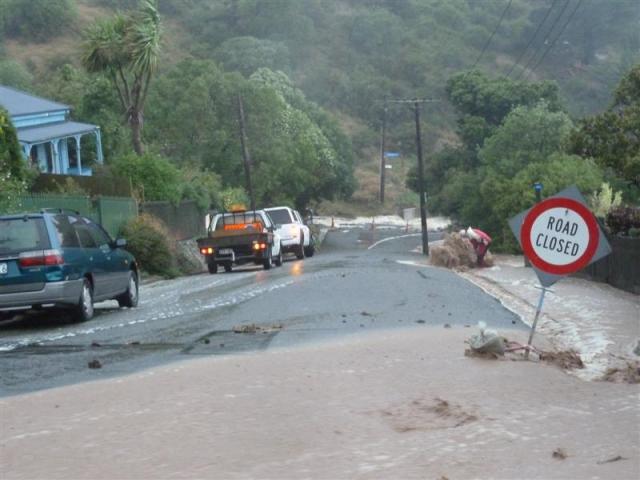 A cliff has collapsed at Lyttelton as stormy weather - described by the council as a one-in-a-century event - continues to batter the region.
Women earn less than men because they are seen as pushovers when they don't negotiate hard and are seen as "ball-breakers" when they do, a psychologist says.

A female cyclist died when her bike went under the front of a truck on Christchurch's Lincoln Rd this morning.

Four people appeared in court today facing charges related to a P lab that was discovered in a central Wellington apartment early today.

Whakatane's mayor says some dog breeds should be banned after a 7-year-old girl was mauled in a dog attack in Murupara yesterday.

Conservatives' leader Colin Craig has split a defamation claim against the Greens co-leader, focusing it on Russel Norman's comments about his views on women.
Higher petrol prices and more fuel-efficient engines have prompted Kiwis to ditch bigger gas guzzlers in favour of smaller vehicles, industry experts say.
Children do not make for a happier marriage, according to a study that challenges some assumptions about what makes relationships tick.

New Zealand aid agencies are poised to respond to a huge tropical cyclone that is bearing down on northern Tonga.
Police took the car keys from a drunk driver only hours before the same car crashed through three fences and overturned in Thames early this morning, killing an 18-year-old man.

Prime Minister John Key was invited to play a leisurely round of golf with Barack Obama in Hawaii by the US President himself.

The victims of the Carterton balloon crash might have survived if the pilot had decided to immediately descend when it became clear the balloon would strike power lines, an investigation has found.

Police were justified in shooting a man who attacked his pregnant partner with a hammer and a knife, an independent inquiry has found.

Mark Lundy has arrived at the property he has been bailed to, as he awaits retrial over the deaths of his wife and daughter.

Conservative leader Colin Craig appears to have moved away from earlier comments about whether man has landed on the moon.

The unlawful search warrants used to raid Kim Dotcom's Auckland mansion were "woefully, ineptly handled" and led to a gross miscarriage of justice, the Court of Appeal has been told.

A Santa-suited manager accused of sexual harassment at a work Christmas party in Dunedin says he was "in shock" when the allegation was levelled against him.

A breast cancer awareness ad showing topless women covering up their breasts has sparked a complaint for showing too little flesh.

A Kiwi skier was shocked to discover his Swedish skiing partner had fallen to his death on Aoraki-Mt Cook just days after they set a new record on the mountain together.