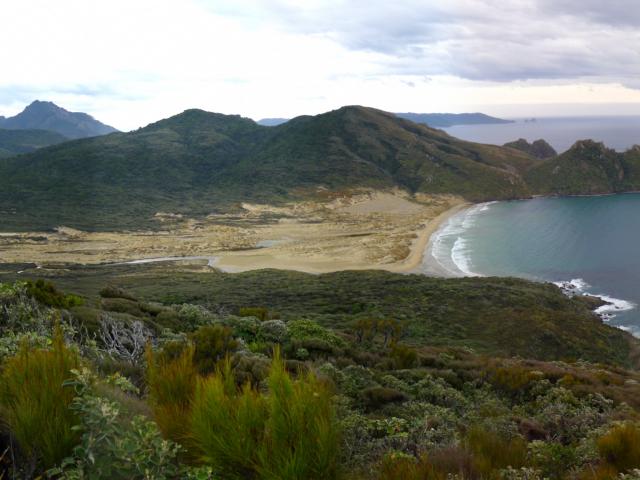 Splendid southern scenes are set to star in international paragliding magazines and advertisements.

News has emerged of the first ski descent of the precipitous Caroline Face of Aoraki/Mt Cook.

The traditional flavour of Lhasa and its Tibetan Buddhist heart have been diluted but not entirely lost, writes Philip Somerville.

While West Coast coal mining might be suffering, tourism is flourishing. Philip Somerville samples several of the Coast's visitor attractions.

You haven't done Arthur's Pass until you have done it by train, Philip Somerville discovers.

Walking the dogs is something else entirely in Naseby, Philip Somerville reports.

Writer and Otago Daily Times ''Memory Lane'' columnist Gordon Parry has decided to pull up stumps after nearly 70 years in the public eye. Philip Somerville reports on a ''thorough gentleman'' who believes you should play with a straight bat.

Philip Somerville revisits Big Hut in the Rock and Pillar Range, the closest mountains to Dunedin with a true alpine environment.

Surely, I thought as I began this book, what more needs to be written about the first ascent of Mt Everest 60 years ago on Wednesday.

Walk into the Mt Cook visitor centre and turn left and there, displayed on the wall, is a set of skis.

Make sure your coffee table is stout if you buy Shelter From The Storm: The Story of New Zealand's Backcountry Huts (Craig Potton).

Dunedin's Bill Denz was, as the title of his biography states, Bold Beyond Belief.

Shona and Philip Somerville this month took on the "Stump the Hump" challenge, starting at midnight and attempting to finish the tough 55km Hump Ridge Track, near Tuatapere, in one go.

Philip Somerville reflects on a poignant Christmas morning in Christchurch among ruins and red-stickered buildings.

This is one of those books that is clearly a labour of love. Wade Davis dedicated much of 10 years to the researching and writing of a formidable, impressive and captivating work that traverses much ground.

There has been such a mountain of books written - and films produced - on the Everest tragedy of May 10, 1996 that one has to wonder what more there is to say.

I read recently - maybe in the ODT - that something like 78% of men think they are better-than-average drivers.