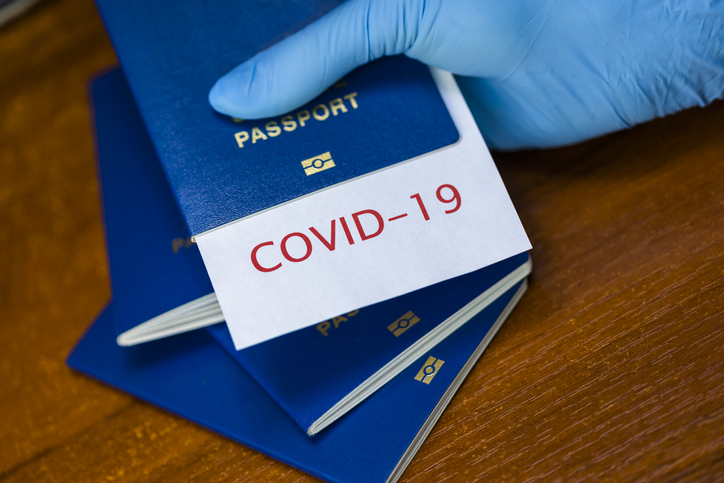 Photo: Getty
Qantas is part of a push by world airlines to require international travellers to prove they've had the coronavirus vaccination before entering or leaving a country on a flight.

A vaccination against Covid-19 could become available earlier in the new year, likely paving the way for a reopening of air travel for at least some parts of the world in the second half of 2021.

Qantas chief executive Alan Joyce is talking to his global counterparts about the possibility of a "vaccination passport" for overseas travellers.

"What we are looking at is how you can have a vaccination passport, an electronic version of it, that certifies what the vaccine is, is it acceptable to the country you are travelling to," he told Nine's A Current Affair on Monday night.

Creating such a document for inbound and outbound travellers required a lot of thought and "a lot of logistics" and could require government intervention.

"We are looking at changing the terms and conditions to say for international travellers that we will ask people to have the vaccination before they get on the aircraft," Mr Joyce said.

"But certainly for international visitors coming out and people leaving the country (Australia), we think that's a necessity."

Federal Labor frontbencher Bill Shorten said the proposal was a no brainer after Qantas lost $A2 billion due to border restrictions in the wake of the pandemic.

"I would expect anyone coming into Australia is going to have to demonstrate to us that they are Covid safe," he told Nine's Today Show on Tuesday.

"Why wouldn't they (Qantas) want to make sure.

"I would like to know the passenger next to me was vaccinated."

It's also expected coronavirus vaccinations will be mandatory for international flight attendants.

I agree with our Aussie cousins and that doesn't happen much. Everyone needs to play their part