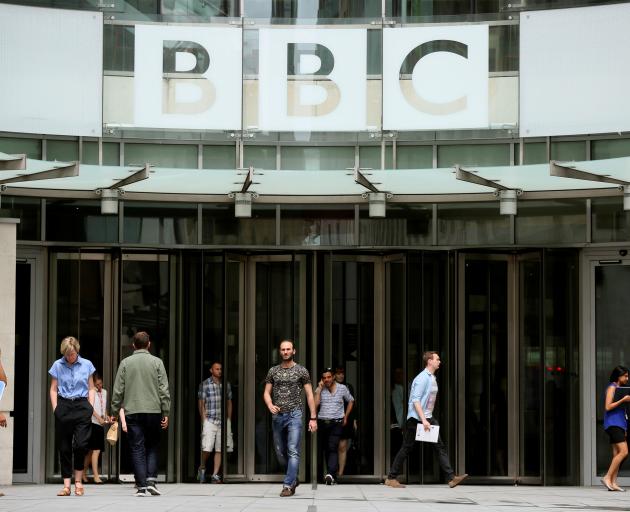 The BBC is losing audiences - and in particular younger viewers - to rivals such as Netflix. Photo: Reuters
Britain's BBC needs to make tough decisions to ensure its future as viewers spend less time with the broadcaster and the number of households paying the licence fee declines, the National Audit Office says.

Since it was founded nearly a century ago, the BBC has dominated Britain's media landscape, with its television, radio and online services used by 90% of the population weekly, according to its annual report.

But it is losing audiences - and in particular younger viewers - to rivals such as Netflix, and politicians have questioned whether the universal TV licence - a tax on all television-watching households which was  £157.50 (NZ$301)  in 2020 - can be justified in the future.

The government is also considering decriminalising licence fee evasion, a move that the BBC estimated could reduce its income by more than £1 billion by 2027.

The BBC had made substantial savings, the NAO said, but its costs outstripped income for three of the past five years and some project had exceeded budgets.

"As decisions about the licence fee are made, the BBC needs to develop a clear financial plan for the future setting out where it will invest and how it will continue to make savings," NAO head Gareth Davies said.

"Without such a plan, it will be difficult for the BBC to effectively implement its new strategic priorities."

BBC director general Tim Davie, who started in the role in September last year, and new chairman Richard Sharp, who joins next month, will lead negotiations with the government on future funding and the licence fee.

"We have set out plans for urgent reforms focused on providing great value for all audiences and we will set out further detail on this in the coming months," a BBC spokeswoman said.