By Riley Kennedy
0 Comments
A new virtual data hub aimed at driving data collaboration across industries has been launched by the University of Otago’s business school.

The data-driven innovation lab was a joint project between the university, Otago Polytechnic and industry partners.

It was designed to act as focal point for public and private organisations across regional economies to join-up, share data and help develop data-driven innovations that supported development of the national data ecosystem.

It was launched yesterday at Start-up Dunedin by representatives from the university, polytechnic and the business community .

Seven hubs were being rolled out across the country in a programme called "I4," a partnership between not-for-profit organisation The Collaborative and Microsoft.

Each hub would be designed to have a specific regional focus on it, The Collaborative’s chief data steward, Malcolm Fraser, said.

"For example, we launched the lab in the Bay of Plenty a couple of weeks ago and that will have a strong forestry focus on it.

"Down here in Otago obviously manufacturing and engineering is very important ... so it makes sense to focus there but of course there is a huge amount of energy going into health so there are some really good opportunities there as well," he said.

Mr Fraser hoped the hub would also benefit students from both the university and polytechnic.

"That is a core focus of lab, acting as a focal point for these types of conversations.

"So, on one side, we work with industry to shape up projects and then students can then get involved," he said.

Problems facing the economy included a lack of digital skills and data literacy and the initiative was going to counter that, Mr Fraser said.

"We are now in a data-driven world, even something like a car is producing a terabyte of data a day," he said.

Between 2003 and 2005, there was more data created globally than there had been previously in the history of mankind.

"Data will now define competitive advantage for industry, it will help communities succeed." 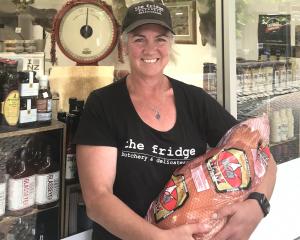 Career an example of the possible