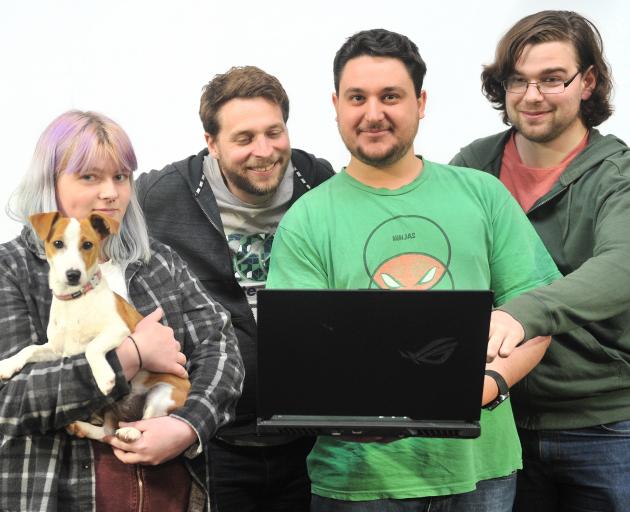 Twenty-five digital game enthusiasts, from hobbyists and independent games designers to professional local game developers, came together at the Signal ICT Grad School in Dunedin for 48 hours, to brainstorm and develop digital games as part of the world's biggest concurrent creative event, the Global Game Jam.

Among them were TracMap New Zealand engineering head Tim Neumegen, Otago Polytechnic communication and design student Daisy Amos, Dunedin City Council geospatial analyst Adam Campbell and Cloudcannon software developer Tate Kennington, who spent the weekend developing a game in which players had to make repairs to a Mars Rover so it could continue to do scientific experiments.

The Global Game Jam has been running for nearly 20 years. This year, more than 50,000 jammers participated at 934 locations in 119 countries.

Signal ICT Grad School deputy director Kylie Jackson said she was amazed at the quality of work and the depth of skill and creativity within the local game development community.

"Dunedin has huge talent in this area and with gaming of all types now at the heart of the entertainment industry, and New Zealand's gaming revenue increasing a whopping 43% in the last report from the New Zealand Game Developers’ Association, it is important to bring people together to develop ideas that could quite possibly become profitable commercial games in the future."

She said international games industry experts Sid Vinchurkar and Dr Simon McCallum were on hand at times during the weekend to support and inspire the teams and offered feedback to teams at the games’ unveiling yesterday.