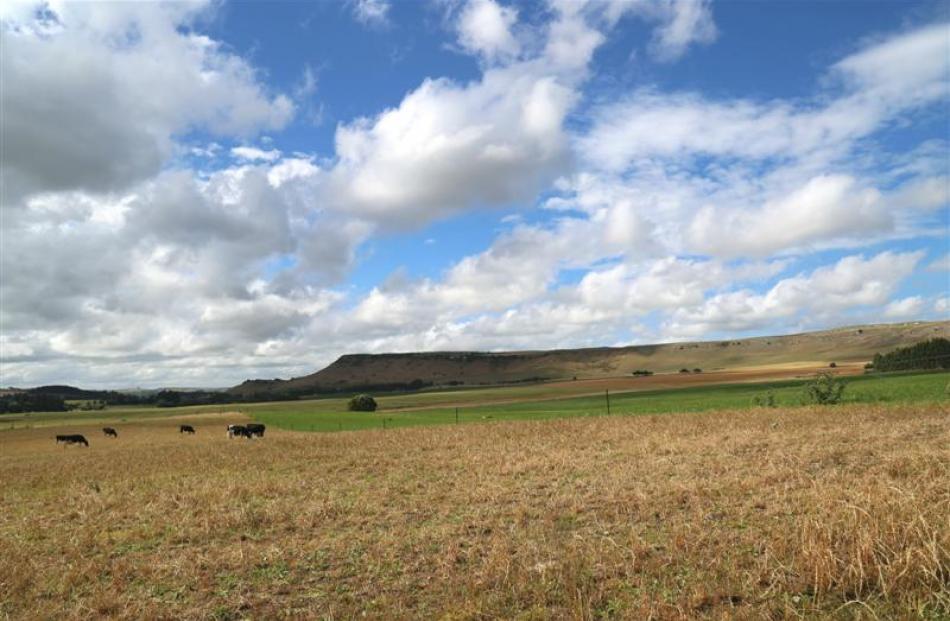 Dry conditions will hurt the economy. Photo by Rebecca Ryan.

The dry conditions plaguing farmers seem set to take a toll of the economy, with expectations they will take a ''significant chunk'' out of total GDP growth over the first half of the year.

Although Westpac economists did not expect it to result in a recession (two quarters of negative growth), given the positive momentum in the rest of the economy, they expected GDP growth to be ''very low'' over the coming two quarters.

Dry conditions were most intense on the east coast of both islands but were becoming more widespread.

A drought has not yet been official declared.

Untangling the effect of the weather from all other factors was a major challenge, especially given the complex physical and financial flows that stemmed from various drought management tools and strategies.

For example, obvious negatives on-farm, such as de-stocking, could temporarily boost processing throughput, perversely lifting value-added in some industries, he said.

Lamb and cattle kill rates had climbed well above last season's levels, even after adjusting for the underlying change in animal numbers this season.

Not all the change in slaughter numbers could be attributed to weather conditions and the likes of higher beef prices had probably encouraged some early increase in supply, Mr Steel said.

Last week, Fonterra dropped its milk volume forecast for the current season - a 3.3% decrease on last season's collection - reflecting the impact of dry conditions on production, while some other dairy companies had noted less of an effect.

The actual outcome would be highly dependent on the weather, over the coming weeks in particular, and how farmers weighed up a low milk price and the cost of supplement feed, he said.

''But make no mistake, dry weather conditions is a net negative for New Zealand agriculture,'' he said.

There remained a downside risk to Fonterra's $4.70 milk price forecast for the 2014-15 season, as it required large price gains soon.

''We see $4.50 as a point forecast that sits closer to the middle of the range of possible outcomes,'' he said.

However, previous thoughts of flock rebuilding would be hampered by the dry conditions, he said.

From an economy-wide perspective, one positive was that water storage in the hydro-dams was not far from average, Mr Steel said.

That had been another negative influence on the economy in addition to any hit to agriculture.

''At this point, this is not of undue concern ... water levels [are] not far below average for the time of year,'' he said.