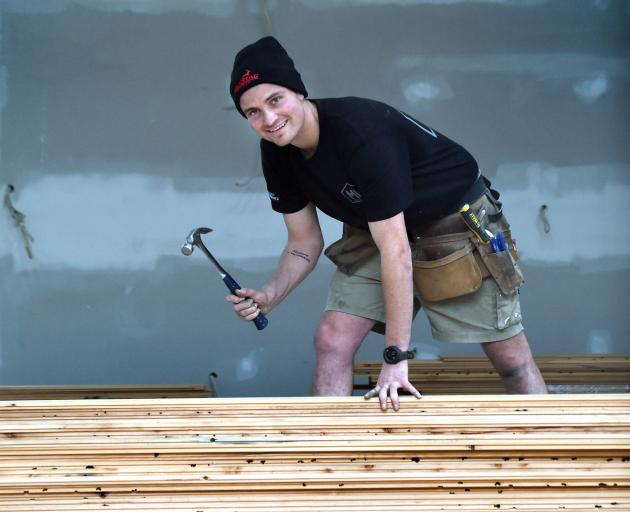 The event was held in Wellington in conjunction with the New Zealand Certified Builders (NZCB) annual conference over the weekend.

A record number of women and apprentices who have started their carpentry career later in life were competing this year.

During the three-day competition, competitors had to sit a building code exam, be interviewed by a panel of building experts and complete a building challenge.

Mr Whitburn is an apprentice for Matt Wadsworth Builder Ltd and is two years into his four-year apprenticeship.

In April, he placed first in Otago’s regional final of the apprentice challenge, which qualified him for the national final in Wellington.

‘‘The competition was so tough, everyone was pretty even. It was hard to pick who would win it,’’ he said.

Originally from Oamaru, Mr Whitburn moved to Dunedin after finishing high school to study for a bachelor of commerce degree at the University of Otago.

After graduating and despite ‘‘really enjoying’’ his time at university, he decided he liked ‘‘being on the tools’’ a lot more.

‘‘I enjoy working with my hands and I didn’t like working inside,’’ he said.

‘‘if I get into being my own boss and running my own business’’, he said.

He said his boss, Matt Wadsworth, had been a ‘‘huge help’’ in preparing for the competition.

Mr Whitburn hoped to complete his apprenticeship by the end of next year.