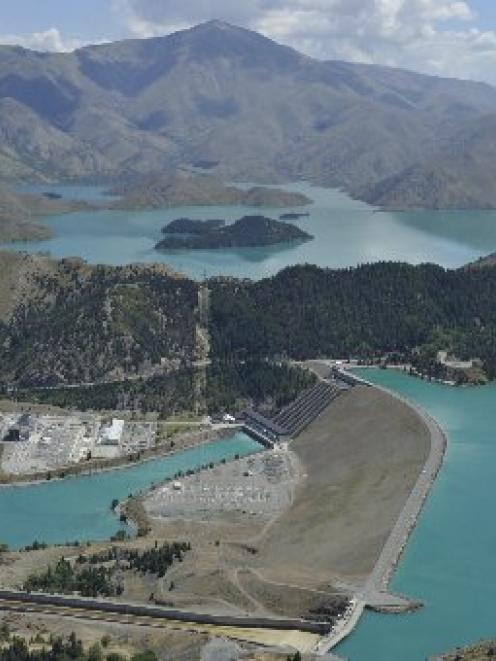 Politicians continue to misinterpret the returns by focusing on the return on capital employed (ROCE) instead of looking at the amount of cash generated from the dividends.

While some of the state-owned enterprises provide a large dividend payment to the Government in dollar value, the dividend yield is well below the industry average.

The Government will retain 51% of the shares. The Government also intends reducing its stake in Air New Zealand, which is already listed, to 51%.

Details released by the Crown ownership Monitoring Unit provided a glowing report from the total of 41 government-owned enterprises in the portfolio.

Worth more than $100 billion, the portfolio represents nearly half of the Crown's asset base.

However, an analysis of the companies earmarked for partial sale was not so glowing.

The industry average dividend yield is 6.5%.

Mighty River paid out 58% of its $443 million operating profit and had a total shareholder return of 11.4% on total assets.

Genesis paid out no dividend and had a zero yield on its operating profit of $293 million.

It had a 30.5% shareholder return on total assets.

Meridian had a dividend yield of 10.4%, achieved by paying out 428.8% of its profit. The increase came from the $300 million special dividend it received during the sale of Tekapo A and Tekapo B stations to Genesis, which was forced by the Government to borrow to pay for the purchase.

The total shareholder return on assets was 7.2%.

Air NZ produced a more commercial return as it is already listed and under NZX rules. It had a dividend yield of 5.1% and paid a dividend of 5.5c per share.

The report noted that crown financial institutions (CFIs) achieved a strong 16.7% return on funds in 2010-11 but the five-year return capturing the impact of the global financial crisis was still tracking behind government bond yields and the CFIs' own objectives. The returns were driven almost exclusively by investments by ACC and the New Zealand Superannuation Fund.

The Earthquake Commission had a 7.3% return on its investments, starting with $5.98 billion, losing $1.2 billion in a cash outflow to end the period with $5.1 billion. Its five-year average was 3.8%.

The Government Superannuation Fund had a 13.7% return on its investments, the same as 2010.

It started the period with $2.9 billion and finished with nearly $3.2 billion. The five-year average was 2.4%.

National Provident Fund had a 6.6% return on its investments, starting with $1.78 billion, paying tax of $46 million, paying out $58 million to end with almost the same amount invested. It has a five-year average of 5.7%.

Green co-leader Russel Norman was again critical of the Government's plans to sell the state-owned assets at a time they were returning "record dividends" which were likely to rise significantly over time.

It appears Dr Norman has focused on the ROCE line in the accounts rather than looking at the actual dividend payouts which, in most cases, were disappointingly low.

Only special dividend payouts have lifted the ratios during the five-year period under review.