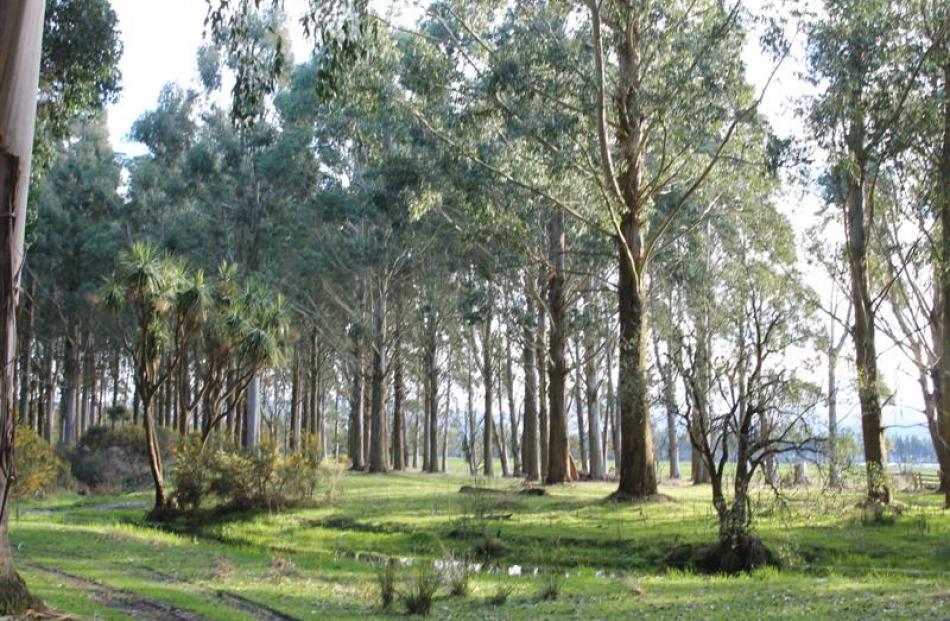 Eucalypts growing on Graham and Heather Milligan's farm at Dipton. 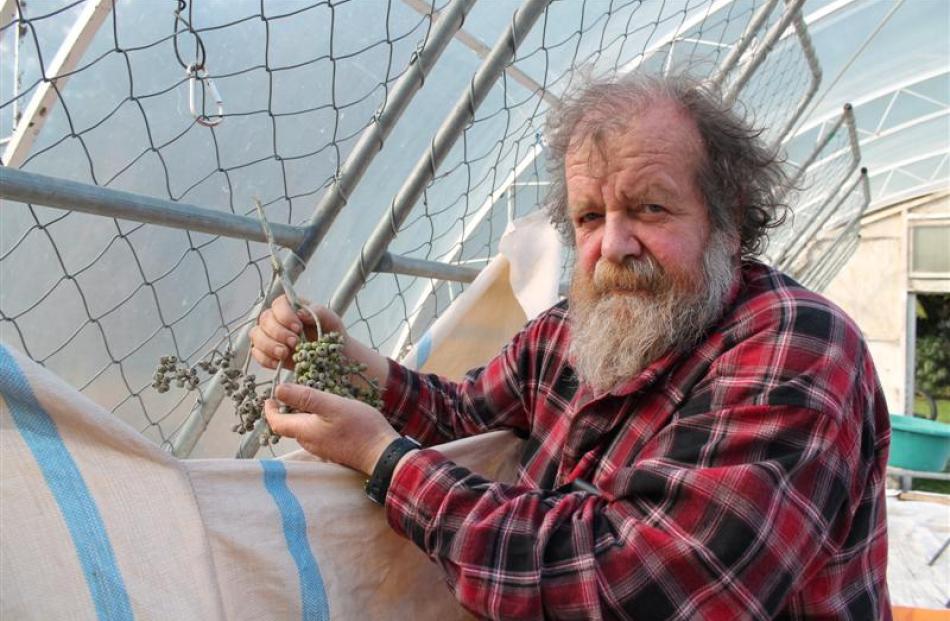 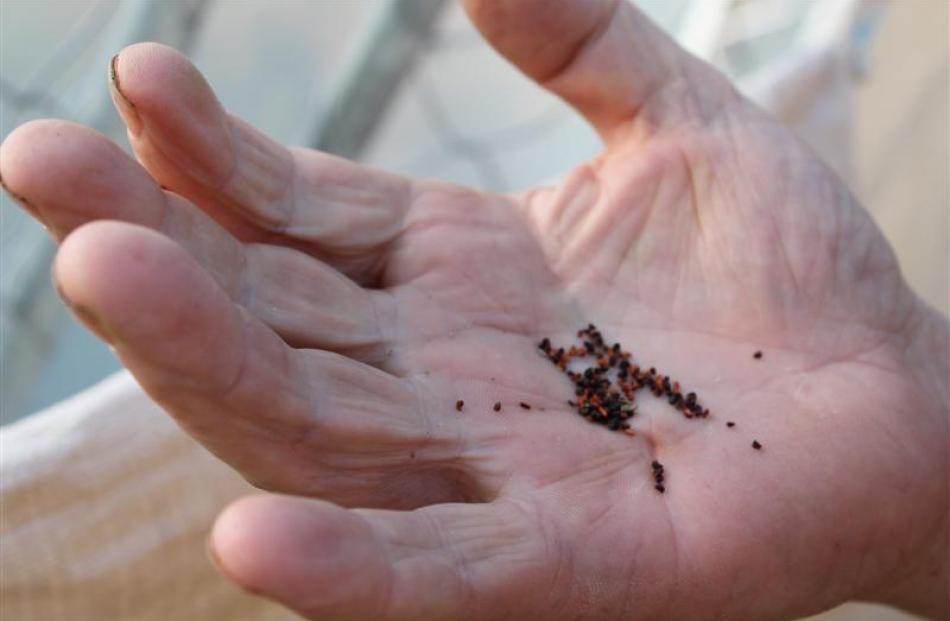 Fine seed. There are more than 1.3 million per kg. Photos by Allison Beckham. 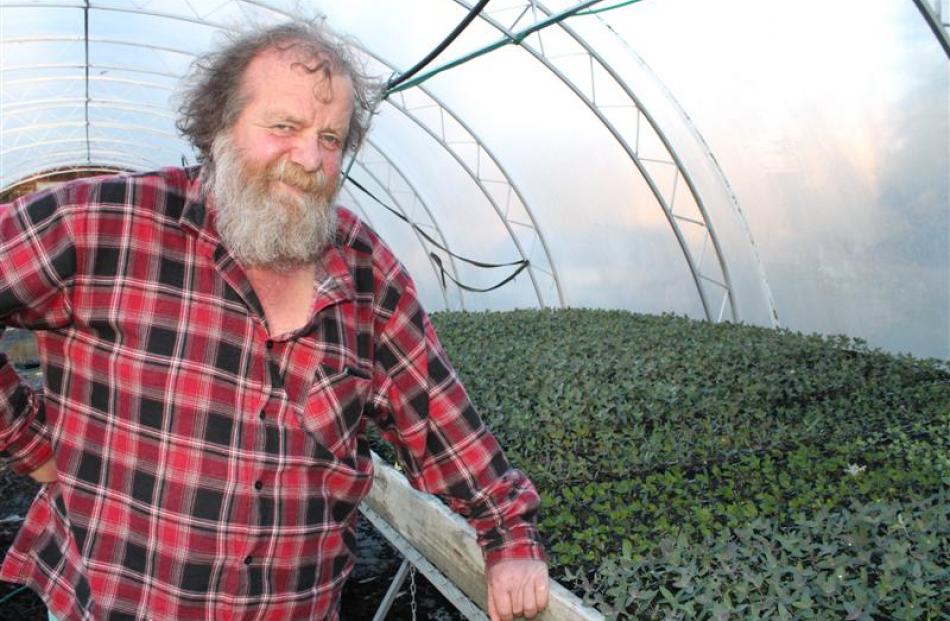 Seedlings in the nursery. 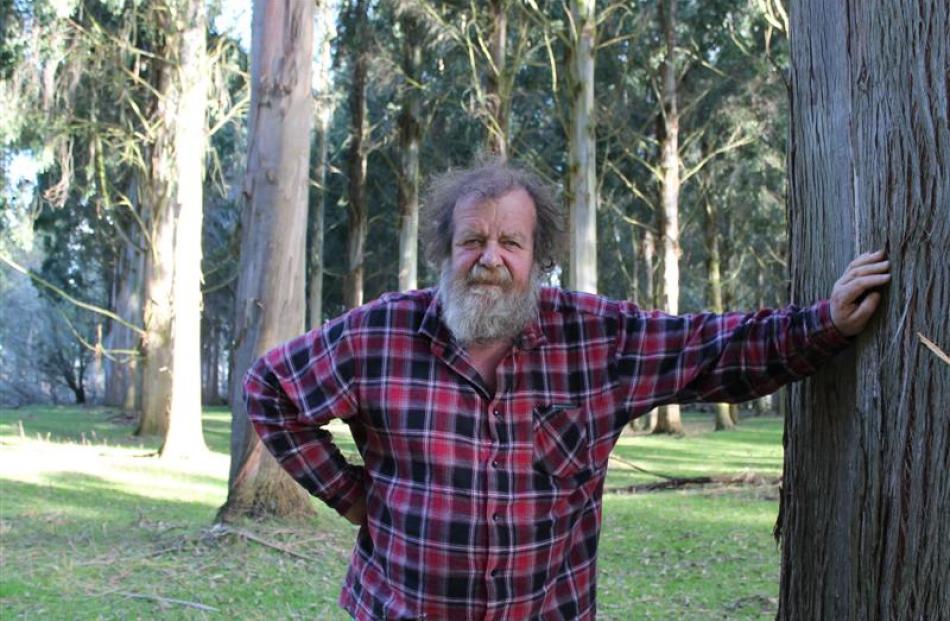 Graham Milligan on his Northern Southland farm among his eucalypt trees.

Thirty-five years ago, Dipton sheep farmer Graham Milligan decided to plant a few eucalypt trees on stony ground next to the Oreti River, where his paddocks seemed to be always either flooded or burnt off.

Now he farms more trees than sheep - raising seedlings and exporting cool climate eucalypt seed all over the world. Reporter AllisonBeckham visited the man who says he loves trees so much he feels like every day on the job is a holiday.35-year affair with eucalypts

At first glance, the eucalpyt trees on Graham and Heather Milligan's farm look similar. But as we bounce along the farm track Mr Milligan points out different varieties.

There are towering regnans grown for their timber, and nitens, now the world's most favoured wood for biomass heating fuel. There's baby blue, whose foliage is sought after by florists, and crenulata, with its delicate star-shaped buds, also popular at the flower markets.

Some he grows because they are rare and unusual, like the new variety found on the top of a mountain in New South Wales, Australia, in 2000, or another variety which his Australian eucalypt expert friends tell him has dwindled to the point where fewer than 40 are believed to grow in the wild.

Some he is not as keen on.

''That's supposed to be an ornamental variety, but I can't find much to recommend it.''

he says, waving his hand at a shorter tree with a whitish trunk.

He is also growing an experimental crop of shrub willows, which Environment Southland hopes to use extensively for riverbank protection. But that's another story.

Mr Milligan says he inherited an interest in trees from his father, David, who in 1963 bought a hill block behind Dipton.

Father and son immediately closed off two areas of bush and protected them with QEII covenants. They also dispatched the wild goats - which eat broom seeds and excrete them where they are not wanted - and planted the hillside in pines.

Mr Milligan (66) took over a farm block, hill block and smaller home block property with a combined area of 320ha in the 1970s, when his father became unwell. He married Heather in 1973.

''She was a school teacher who boarded with my parents. She arrived and never left.''

When Mr Milligan was thinking about what trees to plant on his unproductive riverside paddocks he remembered the huge gum trees growing at the Dipton cemetery. They were obviously thriving - his father had told him they were large trees even when he was a boy.

So he planted a few, and a few more, and realised Dipton seemed to be an ideal location for eucalypts.

In 1986 he established a nursery to raise seedlings for garden centres and to sell for farm shelter belts, and to process cool climate eucalypt seeds for export.

These days the nursery produces 30,000-40,000 seedlings annually and exports 40 seed varieties grown on the Milligan farm, as well as seeds sourced from other parts of Southland, Canterbury, Tasman and Australia.

Occasionally, Mr Milligan employs other staff but at present the nursery is run by him and his son Simon.

There is a quiet rhythm to the seed business. The tiny seeds - more than 1.3 million of them to a kilogram - are contained in pod clusters. Whole branches are cut from the seed orchard trees in October or November and Mr Milligan employs an arborist to climb to the upper reaches.

The branches are placed in wool sacks to dry out for several months, then attached to custom-made gates so the seed can trickle out on to orange plastic sheeting.

Cleaning the seed is a painstaking job, carried out manually in a converted shipping container. Mr Milligan has tried all the fancy gear but has reverted to what works best - a brightly coloured plastic tray, a strong overhead spotlight, a $2 pair of reading glasses, a cheap pair of tweezers, and a radio in the corner for company.

Seed is exported all over the world to countries as diverse as Norway, Korea, Switzerland, the United States and Brazil. A regular client is leading Irish forestry consultancy company Coillte. Mr Milligan says it was the arrival of the internet which gained the business international exposure.

In 1998, one of his sons went overseas for a year on a school exchange programme.

''He said if we didn't get email we wouldn't hear much from him, so we did. Heather took to the internet like a duck to water, setting up a website and corresponding with people from all over the world.''

Mrs Milligan also looks after the tree records and company books. Many customers intrigued by the Milligans' efforts have come visiting. One arrived by helicopter.

''When this person got out I didn't click who he was. Then I asked him when he was from and he said Motatapu. I said: `You're Mutt Lange, the music guy, aren't you?' and he said he was.''

There was the Swiss laboratory technician who said he planned to plant his trees on borrowed land because he lived in a city apartment. He visited with his girlfriend.

Mr Milligan had not long been showing them the farm when the young woman commented on how big the property was.

''I wondered about that, because we had only just got to the third paddock.''

Then there were the Brazilian visitors who spoke no English and arrived with an interpreter. At the end of the visit there was a flurry of conversation between them and their interpreter.

''Turns out they wanted to know if they could give Heather and me a hug. Of course they could. They were lovely people.''

Mr Milligan, who still farms about 600 sheep and 30 Limousin cattle, said he had grown to love eucalypts for their complexity and adaptability, and because they were planted they attracted birds and bees.

''Our company motto is flora for fauna.''

He says trees have encouraged him to think long term.

''Trees are not like intensive agriculture ... where you have got to get the best from every last blade of grass just to pay the mortgage.

''With trees there is always something new to learn and you are creating something more permanent. These trees will be here long after I'm gone.''

• Native to Australia, Papua New Guinea and Indonesia, but widely cultivated throughout tropical and temperate areas, including North and South America, Europe, Africa, China and India.
• More than 700 varieties ranging from shrubs to 80-100m tall trees.
• Varieties have adapted to grow in all soil types from arid areas to swamps.
• Most varieties require plenty of water, and some species drop large branches unexpectedly.
• Not generally frost-tolerant, although Graham Milligan grows varieties which will withstand 15degC frosts.
• Are the most common short-fibre timber in the world used for making paper and tissue paper. Also widely grown for high-grade hardwood timber and processed into wood chips or charcoal to fuel heating systems.
• Eucalyptus oil widely used for cleaning, as an antiseptic, for deodorising and in foods such as cough drops and toothpaste. Several parts of the tree can also be used to make fabric dyes.