An affinity for the rural sector 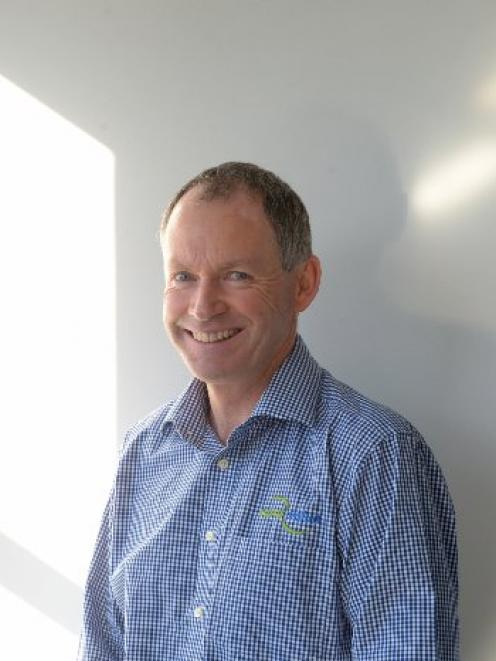 Rural Value's national manager David Paterson has seen many changes in both the farming industry and his profession over more than three decades. Photo by Gerard O'Brien.
When David Paterson started work as a rural valuer more than 30 years ago, things were very different.

A day could be spent walking over a farm using rudimentary equipment, as there was no such thing as digital cameras or GPS units.

''When I started in 1981, you'd sit on top of a hill and look down and try and draw on the map where a gully was. Nowadays, of course, technology really has taken control,'' Mr Paterson, the Dunedin-based national manager for Rural Value, said.

During that same period, there had also been ''massive'' changes in farming, including the expansion of the dairy industry and the advances in technology used in the sector.

One thing that had not changed, however, was the people and the ''lovely aspect'' of doing such work was developing relationships with farmers and people on the land, usually accompanied by an invitation ''for a cup of tea or scone''.

Brought up on a farm in Southland and a self-professed Southern Man, Mr Paterson (55) has always had an affinity for the rural sector.

When it came to a career, he decided to do something different from his three elder brothers, who all headed to the University of Otago to study commerce. He went to Lincoln to study agricultural commerce.

Having decided to specialise in valuation, he started working for the Valuation Department in Dunedin, where he spent five years doing what was then called government valuations on rural properties in Otago, from Roxburgh to the Waitaki and down to South Otago.

That was followed by a move to Invercargill, where he continued to do the government valuation work along with some other work, including a mix of commercial, industrial and residential.

Restructuring in 1988 saw the entity become Valuation New Zealand and Mr Paterson was appointed senior valuer in Invercargill, where his responsibility was primarily to look after the urban side in the city, but he also had a team of valuers doing rural work.

A major change came a decade later when, in 1998, Quotable Value Ltd (QV) was formed as a result of the corporatisation of Valuation New Zealand. It was originally established as a crown-owned company and became a state-owned enterprise in 2005.

As part of the restructure, Mr Paterson was appointed to manage the Alexandra office. But within a few months, further restructuring saw the manager positions in small offices like Alexandra, Blenheim and Hokitika disestablished.

He moved back to Dunedin and managed the southern region of QV Valuations, a division of QV that did commercial and residential work for the public.

The global financial crisis arrived and there was yet more restructuring, and Mr Paterson looked after the southern region for Darroch Valuations.

There was a lot of rural work involved, particularly high country pastoral lease management and tenure review management work. Tenure review work became a focus for Mr Paterson and he found it very interesting. It was also challenging, as although it was very process oriented, it was very political, he said.

There had been changes of government through the process and policy changes and it tended to create uncertainty. A lot of farmers had got sick of it and decided they did not want to do it.

But it was ''quite neat'' seeing farmers come through the process and have a freehold property ''and do what they want to do with it''.

Rural Value was set up last year with the aim of diversifying work in the rural sector.

There was a team in Dunedin, along with valuers in Christchurch, Invercargill, Alexandra, Hamilton and New Zealand. There was also access to QV staff in other areas of the North Island.

The dairy industry had been identified as the growth area in the southern South Island and that was where the future of Rural Value was seen.

Mr Paterson was concerned about the ageing population of rural valuers. Getting graduates was a ''real problem'', yet there were ''huge opportunities'', particularly given the lack of numbers in the profession.

Asked why there was a problem, he believed that rural valuers themselves were to blame ''to a large extent''. He saw, in some cases, a reluctance from some to pass on their knowledge, which was a shame, he said.

He was concerned that if ''all of a sudden'' banks decided to use rural valuers, there would not be enough to do the work.

Mr Paterson, who has also been involved with the New Zealand Institute of Valuers for the past 20 years, believed there was a bright future for Rural Value.

There were benefits from being part of a large organisation and the challenge now was to diversify work away from the Land Information New Zealand (Linz) contracts.

He believed that would be aided by the increase in corporatisation in farming and properties needing to be valued for financial reporting purposes.

Another area for potential growth was in the insurance area.

He was seeing farmers wanting valuations for insurance purposes and he believed that could continue to grow, while the banking finance area was another that he was keen to be involved in.