From backwater to water 'battleground' 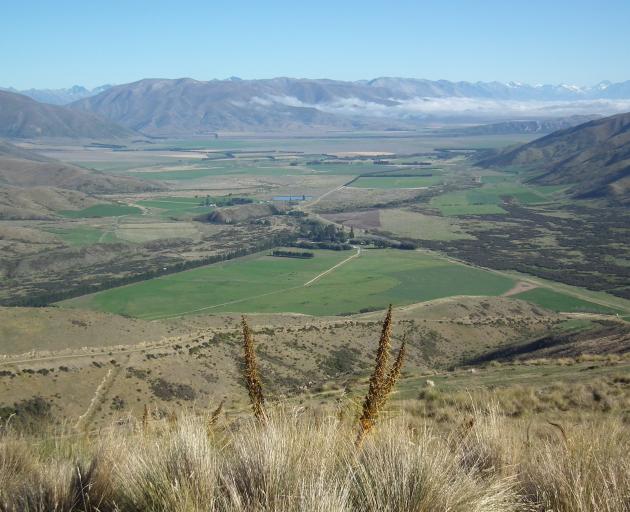 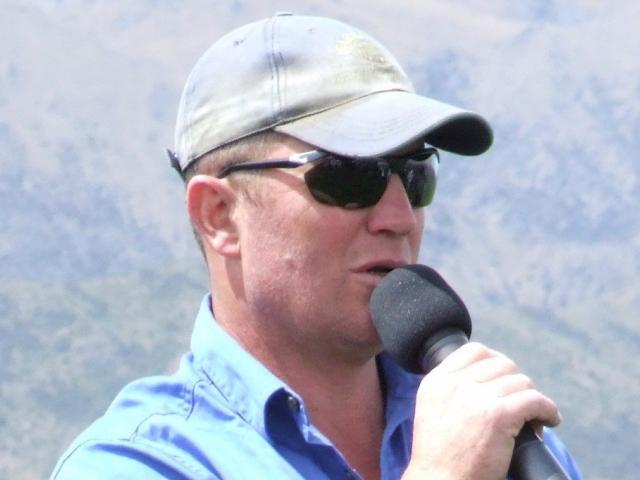 Richard Subtil.
The spotlight is on both the Upper Waitaki and neighbouring Mackenzie district with changing land-use, water quality and environmental issues to the fore.

Twenty years ago, Omarama barely registered on the map; rather it was ''somewhere to drive through at high speed'' to get to Wanaka or Queenstown, sheep and beef farmer Richard Subtil, from Omarama Station, said.

''Now, for all kinds of good reasons, it's become a bit of a battleground and, somewhere in there, the balance of the discussion has been lost,'' he said.

Mr Subtil is a member of the Upper Waitaki zone water management committee, set up by Environment Canterbury to help it manage water resources in the Waitaki catchment.

Concerns were raised in the national media recently about foam in the Omarama Stream and the deteriorating quality of the stream.

That was greeted with frustration by local farmers, who were not contacted for comment, and who wanted to outline the facts.

''What we're clearly not doing well is to communicate the reality. We are looking to address that urgently because, in a small community, it's not very helpful to have ill-informed and inaccurate information being put out there as if it's fact,'' Mr Subtil said.

Environment Canterbury had been monitoring the stream's water quality since 2006 and its ecosystem health since 2002.

Recent information from the regional council said long-term data indicated there was no change in nitrate, suspended sediment or E. coli concentrations, and an improvement in phosphorus concentrations.

The level of macroinvertebrate communities in the stream indicated fair to good water quality/habitat quality, but no long-term trend, and there was a concerning trend of deteriorating water clarity. Occasional occurrences of foam in the stream could be expected at some times of the year.

Farmers in the area carried out water-quality testing of the Omarama Stream at their own expense and contributed data to ECan for analysis and creation of long-term trends, Mr Subtil said.

They were trying to identify any issues that needed improvement and research was planned into the increased turbidity.

Under a conservation order from the 1970s, it was a requirement to take water from the Ahuriri River and drop it into the Omarama Stream to achieve better outcomes for the fishery.

Being a Main Divide-fed river, the Ahuriri ran ''milky'' much more than an alpine stream, he said.

All the farmers in the area were very focused on having an environment they could be proud of, Mr Subtil said.

The community-based zone committee was one of 10 established throughout Canterbury under the Canterbury water management strategy.

It had a good cross-section of people, including farmers, Fish and Game representatives, iwi and other community members, he said.

It was functional and constructive and had been very well led by Barry Shepherd, who recently stepped down as chairman. Simon Cameron, from Ben Ohau Station, had replaced him.

Since people started living in the area, the focus had been on production, but that was now changing to be more balanced.

''We're confident with better knowledge and working together constructively with the likes of ECan and Fish and Game and anybody else who has a constructive role to play, we can achieve this,'' he said.

The zone committee had completed a ''shopping list'' of environmental enhancement projects around the area, many of which had ''flown below the radar'', he said.

''It's right we are first cab off the rank - it gives us an opportunity to get ahead of the game. We want to take that opportunity and, as a group, we're confident we can establish best practice and regimes that will give people confidence in what we are doing.

''We're not being complacent but we are taking action as a group. We hope that the community will work with us,'' he said.

For more than a decade, he and his wife, Annabelle, had worked with local iwi and the Department of Conservation to promote the regeneration of the native longfin eel population.

Part of their property was now a scientific reserve for the protection of native eels.

During a field day last year, John Wilkie, of the eel recovery programme, said eels were probably one of the best environmental monitors, aside from water monitoring. If your eels were thriving, you had good water

and it was great to have that extra level of monitoring, Mr Subtil said.

A December 2014 Fish and Game report on monitoring of the stream said the abundance of sports fish was high and, compared with the Mary Burn and the Maerewhenua River, which are regionally important trout fisheries, the Omarama Stream was ''outstanding''.

There was also a very pragmatic side to the issue: with the advent of irrigation, properties in the area were employing people and generating income and business that supported the local economy, Mr Subtil said.

''A lot of urban people don't understand there's a lot more behind us than just being cowboys on the land. There is a lot of science behind what we do.

''The frustrating part is a lot of urban people have a lot to say but don't understand the science or haven't seen it ... A lot of those sort of people have never stepped foot on a farm,'' he said.

The work he was doing concerning water quality included everything from water testing and moisture metering for irrigation to proof of placement for fertiliser.

Every decision made took the environment into account, ensuring there was not a detrimental effect, and he welcomed anyone to take a look at what was being done, Mr Ellis said.

''We're all for the environment ... all trying to strive to keep water quality and doing everything right within our consent conditions,'' he said.

He was originally drawn to invest in the Omarama area after seeing what pioneering dairy farmer Doug McIntyre had done, Mr Ellis said.

He had no regrets about the move as it was an ideal environment, but he agreed there should be no more dairying in the district. That was a message that had ''certainly been sounded in the public arena'', he said.

Farmers were always open to suggestions as to what could be done to enhance the environment; everyone was ''all in it together'' with the common goal of keeping a great environment and that was as important as maintaining the country's GDP, he said.

But there were some suggestions that horrified him, such as demands to paint centre-pivot irrigators or to put light shades on pivots.

''It's just unreasonable. We're sitting on our side of the fence looking at cars going past with their lights on. What's the difference?''