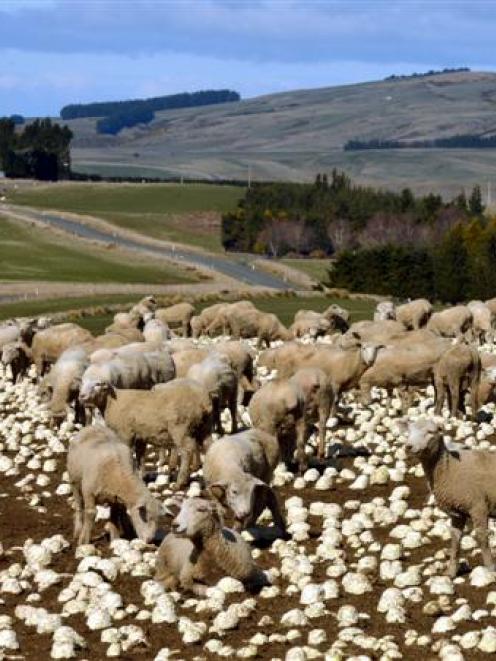 Beef and Lamb predicted the average sheep and beef farm would see its profit before tax lift to $109,000 this season - 9.6% more than last season but 3.1% below the five year average.

This season, New Zealand's 12,300 commercial sheep and beef farmers would spend a total of $4.7billion on fertiliser, interest, repairs and maintenance and general farm operating costs.

That would be welcomed by rural suppliers and communities, particularly at this time, Mr Burtt said.

Sheep revenue was forecast to lift 2.6%, including a 4% increase in lamb farm gate prices to an average of $5.47 a kilogram.

International demand was expected to remain strong for beef while tight sheepmeat supplies in Australia and New Zealand should support prices. Some uncertainties remained around China's demand for sheepmeat, he said.

''In this context, the increase in export prices is primarily expected to come from a weaker New Zealand dollar.''

Over the next 12 months, the New Zealand dollar was expected to weaken against the three major currencies in which New Zealand agricultural products were mostly traded: the US dollar, the euro and the British pound, Mr Burtt said.

Extreme weather events last season would affect the production side of the income equation in the new season.

Export lamb production was forecast to decrease by 6.3%. There was a smaller lamb crop, due to a fall in the ewe flock and a lower lambing percentage from the 2014-15 season's high.

New Zealand beef production was also expected to be down by about 5.3% in the season after a record high last year, boosted by a high level of cull dairy cow processing in response to low dairy prices and high international demand for beef, he said.