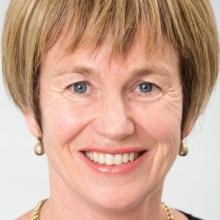 In February last year, Mrs Hancox became the first female farmer representative director on the board of Silver Fern Farms.

For the past six months, she has served as an observing director on the Co-operative Business NZ board.

She and Wellington-based lawyer Lisa Murray, who is general counsel at Farmers Mutual Group, fill the board positions vacated by the retiring deputy chairman David Shaw, from Clinton, and former Aucklander Karen Kenny, who resigned to take up a position in Australia.

Advocacy of behalf of  members was one of its most important activities and, in partnership with the Institute of Directors, it also offered co-operative-focused education and professional development programmes.

It was an exciting time to be involved with the organisation, with the appointment of Craig Presland as chief executive in April and an upcoming refreshment of its strategy, Mrs Hancox said.

Board members came from a variety of backgrounds, including Fonterra, Livestock Improvement Corporation, FMG and Foodstuffs, and brought different ideas.

Since she joined the Silver Fern Farms board, it had been a "full on" and challenging time, but the board was also very confident with the decisions it had made, she said.

The company was awaiting a decision from the Overseas Investment Office, before proceeding with a joint venture with Chinese company Shanghai Maling.

"I think this is an exciting time for Silver Fern Farms and for our industry," Mrs Hancox said.

"It’s been really, really busy. Certainly you feel like you are contributing all the time," she said.

They have four children.

Asked how she managed to fit everything in, she said it was all about time management.

"I’m working on that all the time, always trying to fit more into my days and trying to get a better balance."

She continued as a volunteer ambulance officer and was passionate about strengthening rural communities.

She would also love to see more rural women "stepping up" to roles, although she appreciated they were busy running farming businesses, families and "trying to do everything else".

She was grateful for the support of her own family.

● Researchers from the University of Auckland are joining forces with colleagues at Massey University and Co-operative Business New Zealand to produce the first comprehensive analysis of the co-operative economy.

Researchers said the report, due out in December,  would provide accurate facts and figures about what co-operatives contributed to the country, which went beyond "dollars and cents".