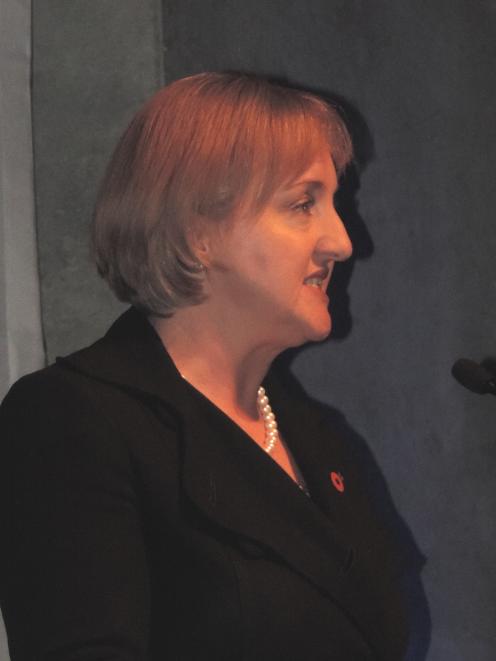 Amy Adams
New Zealand farmers have to keep telling their story to the world to boost their exports, Environment Minister Amy Adams says.

Speaking at the Federated Farmers national conference in Ashburton on Thursday, Ms Adams said we had to double the value of our primary exports from the current $32 billion a year.

Relations with our trade partners would be key, with a continued focus on the reasons why ''brand New Zealand'' was so sought-after.

It included our food integrity, biosecurity and animal welfare standards.

''Keep telling that New Zealand story. We do have an incredible story to tell. We're in demand internationally. We will always be a small player. We have to market ourselves as high-value, top-end, quality produce.

''We also need to continue to put a lot of focus on innovation and development.''

The goals were increased output while staying within the limits society would put on producers, she said. With ''incredibly abundant'' natural resources, we had to be very mindful of how we used them and tell people about it.

''We have to show how we farm and grow our products. We have to have a cogent story - show it's not to the detriment of future generations.''

That was the definition of sustainability, Ms Adams said.

''The way we manage our freshwater resource is critical.''

If we could improve water use efficiency by 5%, there would be a $100 million a year gain.

''The answer to a lot of what we need is storage. We don't have a water shortage, we have water in the wrong place at the wrong time.''

Improved storage would also be ''a huge part of the solution'' for better environmental outcomes, Ms Adams said. By removing water during a surplus it would relieve pressure on lowland systems, then the stored water could prevent depleting them in the summer.

''I'm not saying it's easy or cheap, but it's reasonably clear.''

Farmers had to be able to show the wider community they were on track to improving water quality.

''We are only going to make progress when we have honest discussion about who's responsible for what.''

There were not many issues that could not be addressed if we gave ourselves time, Ms Adams said.

She commended the federation's water spokesman Ian Mackenzie for his work with the Land and Water Forum. The Government had consulted with the federation on suggested reforms and would soon announce its final decisions.

In the past 20 years, $800 million worth of projects had not gone ahead because they could not get through the RMA processes, she said. The reforms were looking at what decisions should be made nationally and locally. At the moment, ''any litigant with a large chequebook can have a council-agreed plan overturned''.

In a Bill going to Parliament, Ms Adams was requiring councils to have more rigorous cost-benefit analysis before making decisions.

The final push in her speech was to endorse the ''connectivity'' the Government was bringing to the rural sector via high-speed broadband technology. It would allow better health, education and business prospects in remote areas.

''It's incredibly exciting. It will absolutely launch the rural economy.''