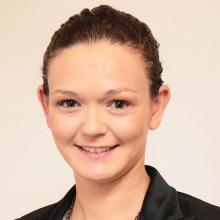 Anne Boniface
Commodity prices in many of the country’s agriculture sectors are in a "sweet spot" at present, but Brexit, US-China relations and global trade talks could yet create headwinds.

The waning strength of the New Zealand dollar has been in the headlines for the past week.The kiwi has been down 5% against its United States counterpart in recent weeks and at one point fell below US70c, boosting commodity prices in New Zealand dollar terms.

Westpac senior economist Anne Boniface said, from a revenue perspective, the country’s agricultural sector was "in a bit of a sweet spot",  although there was  the odd exception.

"Commodity prices are at very healthy levels in many sectors and have generally been stronger than we expected in recent months," Mrs Boniface said in her fortnightly agri-update.

Even dairy prices, while a long way off their highs, were still at levels which should leave most dairy farmers "comfortably" in positive cash-flow territory this year, and next, she said.

The exception was coarse wool prices, which remained low, due to ample supplies and soft demand.

Mrs Boniface said the biggest headwind was most likely to be slowing growth in China.

Along with Chinese authorities’ tight rein on credit and investment, this is likely to result in gross domestic product growth slowing materially, from 6.8% last year to 6.3% in 2018.

"This will likely lead to slower growth in demand for New Zealand commodity exports such as dairy, beef and lamb," Mrs Boniface said.

The global growth front also had other issues to be considered, she said.

"We’re still a long way off checkmate in the trade spat between the US and China, and uncertainties about US-related trade tensions ... are also keeping markets on edge," she said.

However, globally, there were  also some  potential opportunities, she said.

She said recent strong commodity prices had helped push New Zealand’s terms of trade to a record high in the last quarter of 2017.

This would provide a supportive backdrop for growth at a time when other drivers of the economy, such as the housing market, business investment and construction activity, were expected to slow, Mrs Boniface said.

ASB’s rural economist Nathan Penny said the weakened dollar had helped boost commodity returns, but the question was whether this would continue.

"For now, we expect the New Zealand dollar strength to return, particularly as New Zealand commodity prices remain firm," he said in a statement.

Mr Penny predicted the cross rate would return to a range of US73c-US74c during the next six months.

Mrs Boniface expected the exchange rate to fall further, forecasting a drop to US64c by mid-2019.