Company proves it's in the business of growth 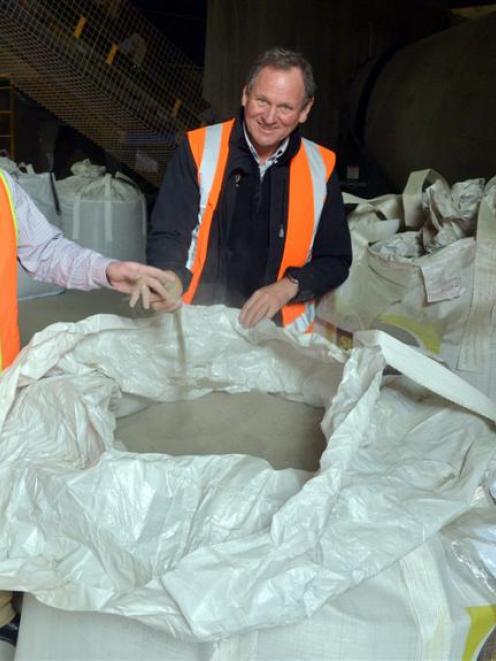 The company was recently named Otago and lower South Island regional winner in the fastest-growing manufacturer category in the Deloitte Fast 50.

Superior Minerals was established in 2001 to ''provide a point of difference'' in the marketplace for solid fertiliser, director Lawrence Alloo said.

They wanted to sell solutions that fitted with the needs of crops and soils, which were all different between farms.

Mr Alloo likened it to baking a cake - ''you keep adding three ingredients and you need eight, you'll end up with a terrible-tasting cake'' - and saying it was no different when it came to feeding soil.

Since establishment, staff numbers had grown from two to 11 and the business now covered the South Island, with the northern-most customer in Karamea, although its territory was predominantly from Canterbury south.

The business had grown more than 50% in the past two years and the aim was to double growth in the next two years, Mr Alloo said.

It was ''bulging at the seams'' at the current premises and was looking to move into larger premises.

Mr Alloo acknowledged it was a very competitive industry but it was also a results-based industry and if farmers did not see a difference from what they were spending, then ''they won't have us back''.

''We're growing because they want us back,'' he said. The company prided itself on providing one-on-one customer service and working with the farmers and their budgets.

Farmers knew their farm better than anybody else and sometimes it might only involve a ''slight tweak'' in advice to make a difference. Staff worked very closely measuring the performance of what was applied, he said.

Whether it was blueberries or cherries, grapes, grass or lucerne that was being grown, the results were ''starting to talk for themselves'', Mr Alloo said. One cherry grower had seen his percentage of export-grade cherries increase from 20% to 50% since using Superior Minerals, he said.

Mr Hoseason-Smith, who previously worked with multinational packaging company Amcor in Australia for many years, said the main attraction for joining Superior Minerals was the customer base - he enjoyed dealing with farmers.

The company had five representatives on the road and it was likely several more would be taken on next year. Investment in plant was also required to keep up with the growth.

As the business grew, extra plants might have to be established further up the South Island and then, the next step would be the North Island.