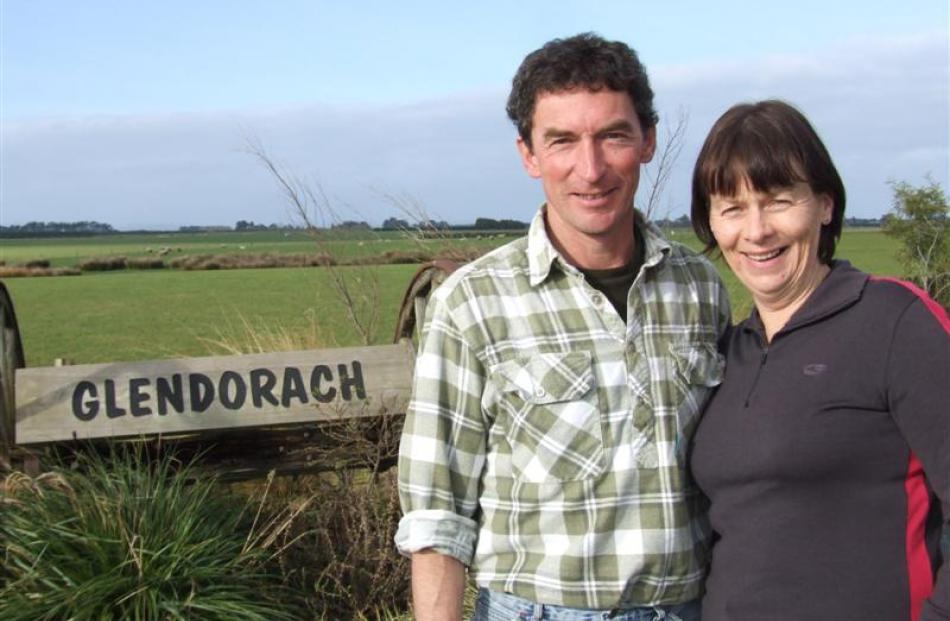 Adrian and Anne Lawson at home on their Waituna farm, near Invercargill. Photo by Sally Rae. 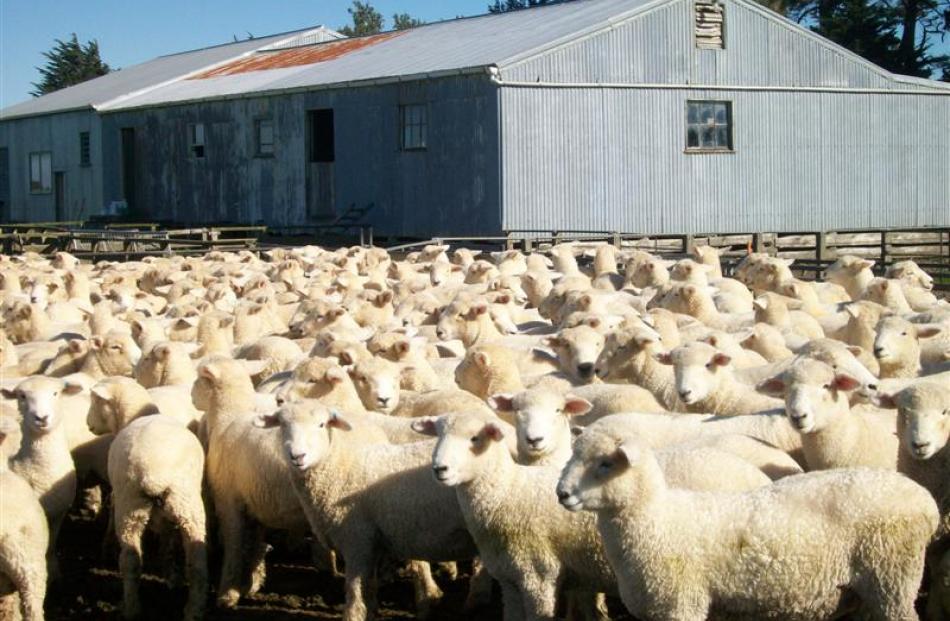 Adrian Lawson has shied away from the composite sheep route, preferring to stick with Romneys.

Mr Lawson, who was New Zealand commercial Romney farmer of the year in 2004, has no regrets about sticking with a traditional, purebred sheep, which has been "doing the job".

He and his wife Anne farm Glendorach, a 161ha property at Waituna, east of Invercargill, running 1730 Romney ewes, 400 hoggets and usually about 30 cattle.

Despite being affected by last September's storm in the South, which claimed the lives of a million lambs, the couple still achieved a net farm surplus of more than $1200 a ha.

Their average price for lambs this year was $125 for an average weight of 19.67kg. On top of that, about 60% of those lambs were shorn, adding a further $11 to the price.

Their average weight for the past three years has been 19.56kg. The average kill date was about February 10, although it has been earlier, and it was about the end of February this year due to the snow.

About half the ewes were mated to a Romney ram, with about a quarter to a Border Leicester and quarter to a terminal sire.

The Border-Romney lambs were bred specifically for the Lorneville ewe lamb fairs, averaging $131 for the past three years. At times, they had achieved up to a $40 premium over good works lambs.

Mr Lawson had a shearing run in the district for about 14 years before taking over the property, from his parents, in 1994. His father farmed Romneys and he continued with them.

Mr and Mrs Lawson, who were finalists in the 2008 Lincoln University Foundation Farmer of the Year competition, wanted to breed a ewe that was easy care at lambing, producing lambs with high growth rates and cut a heavy, quality fleece.

Any breeding programme had to be sustainable and while some composite breeding had worked, a "fair proportion" had not. He liked the longevity of his Romney ewes, with some having done six or seven lambings.

When buying rams, he looked for sheep which were deep bodied, with a wide loin and a good hindquarter - the "money end" of the sheep.

He wanted to breed as many lambs as possible that he could sell for a premium and most years there was a premium that could be attained through heavy contracts.

There was a lack of straight-bred stock and there was starting to be demand for it. With confidence coming back into the sheep industry, demand for good breeding stock was going to grow.

Wool was part of the equation and, with increasing prices, it added more to the bottom line.

He had been reluctant to move away from a good woolled sheep, saying it cost as much to shear 3kg as it did to shear 6kg.

He focused on growing a big lamb as quickly as possible. To get big lambs, it was crucial to have them growing at 250g-300g a day to grow them quickly and quit them quickly.

Everything was looking "pretty positive" for the next year, in fact things had never looked so good, he said.