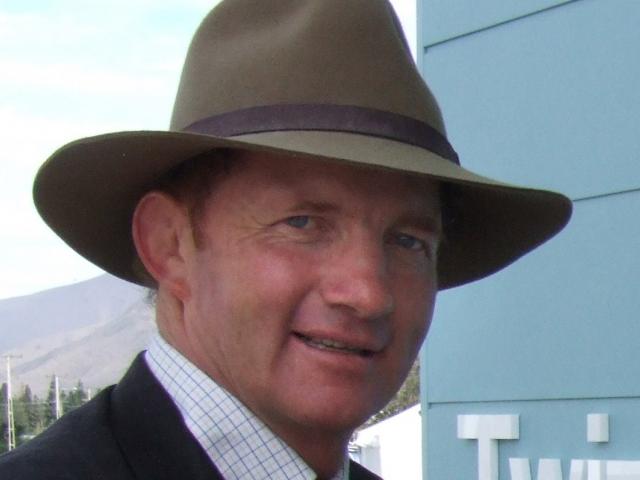 Speaking at the branch's annual meeting in Oamaru, Mr Williamson, who farms between Omarama and Twizel, said it had been a busy year ''on many fronts''.

It was apparent the two regional councils - Environment Canterbury and the Otago Regional Council - were still taking a very different approach to water quality.

He attended a meeting in Dunedin with the ORC, along with other Federated Farmers representatives, and it was ''refreshing'' the council seemed to be listening to some of the practical steps that were discussed.

Farmers, mostly in the upper reaches of the Waitaki basin, were still struggling with differing rules around consents and compliance systems.

''All and all, it is heading towards a land-use consent to farm system, but no-one has said who is going to pay to set aside private land that has been owned and farmed for four or five generations.

''I look at some of these issues as the Maori look at their tribal rights and think it is the same,'' Mr Williamson said.

On a brighter note, calf sales and the beef schedule were as good as he had ever seen and there was some positivity around sheep meat.

Dairy still needed to strengthen, as did crossbred wool. A lot of work had been done this season on wilding trees, which was pleasing to see, and he had been told a lot more work would be done in the next couple of years.

It was good the new K5 RCD virus had been accepted for release in New Zealand, although it was unfortunate the release date had been pushed out.

Mr Williamson hoped the horehound moth would be released within the next 18 months, as horehound was becoming a big problem.

In his annual report, dairy chairman Lyndon Strang said the majority of local dairy farmers highlighted it was a season where production ''didn't quite deliver'' and they encountered an ''entirely unique set of challenges''.

Calving was very favourable but the spring flush never happened like it usually did. ''Plenty of grass but just not enough dry matter in each mouthful to get the cows peaking like they should have.''

That, in turn, had a negative effect on mating and, combined with an unusually wet period, that had created significant lameness in herds across the region.

Most cash flows would be returning to a ''level of sanity'' after the past few years of ''living in the red''.

The positive effects of any system changes that were made during the past two years were starting to be felt. Lower working expenses and a $6-plus payout wall helped to consolidate financial positions.

Dairy farmers needed to continue to set a high bar for their farming operations in all aspects, Mr Strang said.

Animal welfare, environmental, health and safety and employment conditions were all very important issues to the general public.

''We need to ensure we are not leaving opportunities or situations that can be exploited by those with an agenda against the industry,'' he said.

Sharemilkers section chairman Karl Haywood said negative images and media reports this year had a ''devastating'' effect on the wider public perception of the dairy industry, accentuating the need to combat that with positive stories to build public understanding of dairy farming and to show how proud and conscientious the majority of farmers were.

A vital step was to increase exposure of the younger generation to agriculture by engaging with education providers, from kindergartens through to universities, he said.