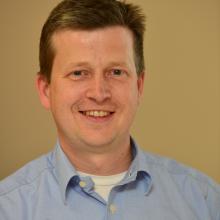 A Dunedin-based startup has produced a diagnostic test kit to help farmers deal with the costly problem of bovine mastitis.

Mastitis, which is inflammation of the udder, is a major financial burden to the dairy industry, both in New Zealand and globally.

It was predominantly treated using antibiotics and mastitis treatment was the largest single use for animal health antibiotics.

Mastaplex founder Dr Olaf Bork has been developing products for treating mastitis at the Bayer Centre for Animal Health, before patenting his own research and founding the startup company.

Dr Bork has received a wide range of support including an external mentor for business guidance and a tenancy at the University of Otago’s Centre for Innovation, which gave him access to infrastructure, facilities and other researchers.

Mastaplex’s vision was to become a global leader for on-farm diagnostics using cloud-based IT solutions.

Tauranga-Hamilton based Enterprise Angels were leading the current capital-raising round with $600,000 of the $750,000 target raised.

Enterprise Angels founder Bill Murphy said it was excited to be working with Mastaplex.

‘‘It offers a solution to a problem that costs the New Zealand dairy industry millions of dollars a year.

‘‘In addition, the company is in talks with some large animal health companies who could provide worldwide distribution,’’ he said.

Currently, production is carried out with external contract manufacturers, but it was intended to establish an in-house production facility by early next year.

The Mastaplex board is chaired by Ancare founder Colin Harvey.