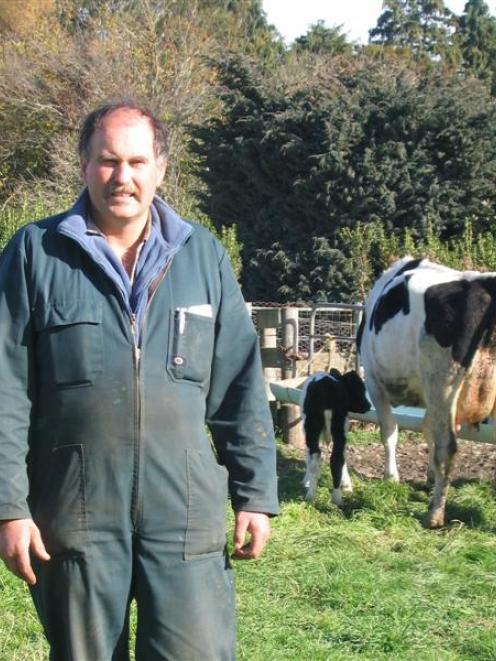 As well as a drastic drop in forecasted income if the trading scheme was not altered, it might also allow other countries to fill the gap in global supply.

‘‘If the New Zealand dairy sector is exposed to an emissions price before our competitors and before costeffective technology is developed to help us reduce emissions from the dairy supply chain, its international competitiveness will be compromised, allowing less greenhouse gas-efficient producers in other countries to fill the gap in global supply.

‘‘What's the point in New Zealand losing out economically for no potential global atmospheric gain,'' Mr Ferrier said in the submission.

‘‘We support an emissions trading scheme, as this is the best policy approach to support behaviour change to reduce emissions. But we believe the existing scheme needs modification to ensure New Zealand makes the best possible contribution to long-term global climate stabilisation without compromising economic growth,'' Mr Ferrier said.

The select committee, which was hearing submissions on the ETS, was set up to honour the terms of a confidence and supply agreement between National and Act.

Among the select committee's terms of reference was the need to consider the impact on the New Zealand economy and households of any climate change policies, having regard to the weak state of the economy, the need to safeguard New Zealand's international competitiveness, the position of trade-exposed industries and the actions of competing countries.
Charlton dairy farmer Doug Dodds said the major contributor to greenhouse gas emissions was fossil fuels. Mr Dodds believed methane gas expelled from ruminant animals to air returned to a zero credit after 10 years.

New Zealand's grass-feed grazing systems, which were used for about eight months of the year cut down on the need to use the fossil fuels that were used in northern-hemisphere feeding systems.

Mr Falconer described the scheme as a wealth-transferring exercise, which would make the trading houses wealthy and leave producers poor.

He questioned how something people could not see, smell or touch could be quantified.

Farm animals should not be included in the scheme, Mr Falconer said.

‘‘If we carry on the way we are going, farmers will be broke and this country will be broke in 10 years,'' Mr Falconer said.
It did not make sense for producers to have to pay to produce food which they on-sold.

If the emissions trading scheme was adopted in New Zealand it would ultimately result in consumers paying more for goods, Mr Falconer said.

Edendale dairy farmer Geoff Heaps said if the scheme was not altered, NZ dairy farmers might invest in dairy farms in countries with less stringent emission laws instead of investing in their own country. That would result in a loss of production, income and jobs, Mr Heaps said.

Fonterra had invested heavily in building a new $212 million fourth dryer at the company's Edendale site, which would meet the highest standards but there would be no guarantee those standards would be adhered to at processing plants in other countries, he said.

‘‘Look at the quality of milk that comes out of factories in China ,'' Mr Heaps said.

Arthurton dairy farmer Brendan Lawlor was not impressed with the scheme and its possible effects on the dairy industry. He fully endorsed Mr Ferrier's comments.
‘‘The scheme is crazy. It's stacked against the farming industry,'' he said.

While Mr Lawlor believed the country did need a emissions trading scheme, he believed the present scheme was not practical. It would be more practical to fall in line with the Australian model, which exempted farm animals, he said.
‘‘It's crazy us trying to be trend-setters.''
Charlton dairy farmer Peter Hargest said the ETS was a threat to the grassroots of New Zealand's wealth creation process.

‘‘The ETS will destroy New Zealand's comparative advantage, which is the ability to grow grass efficiently at a low cost. The final outcome of this nonsense, if it goes ahead, is that more people will lose access to food,'' Mr Hargest said.