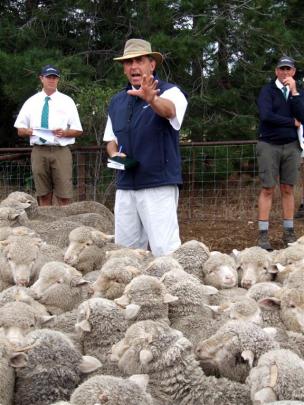 Mark Yeates, of PGG Wrightson, sells a pen of lambs. 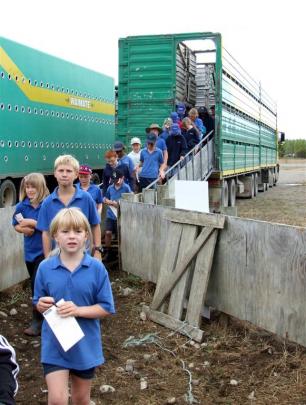 Ebony Scobie (8) and fellow pupils from Omarama School were shown through a stock truck at the Omarama saleyards. Photos by Sally Rae. 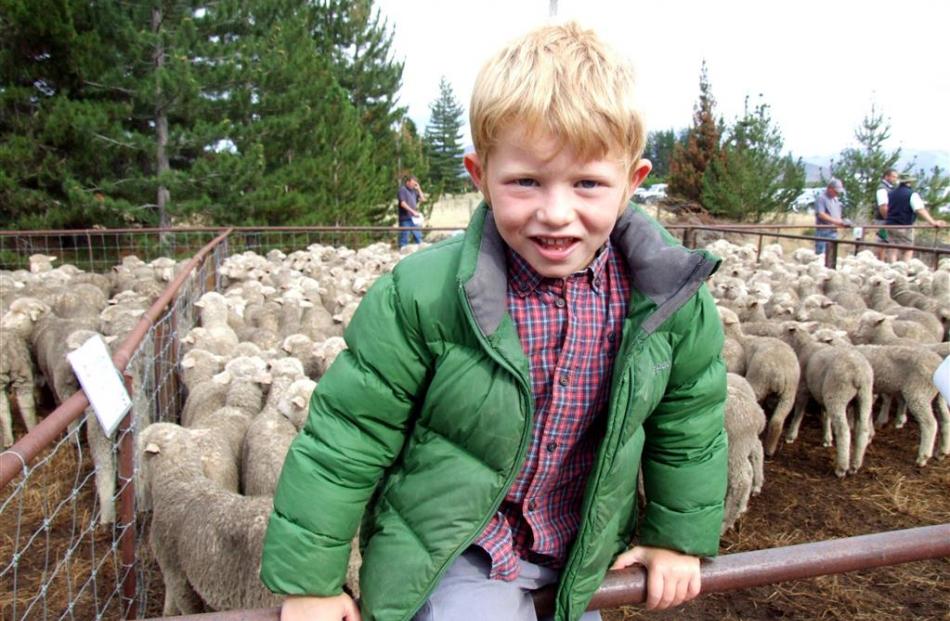 More than 70 buyers from throughout the South Island registered for the sale, which comprised a total yarding of just over 12,000 lambs.

Among the crowd at the sale was PGG Wrightson Wool business development manager Craig Smith, recently returned from ISPO, a large trade fair in Germany for sporting goods and sportswear.

He was there with Point6, a United States-based sock manufacturer which is sourcing South Island wool, and Global Merino, a US-based technical textile manufacturer.

The amount of companies selling wool products was very encouraging and good orders were attained at the fair, he said.

Point6 also recently negotiated a deal with the North Atlantic Treaty Organisation (Nato) for delivery of 200,000 pairs of socks.

New contracts in the market through SH8 Merino Ltd, in conjunction with PGGW Wool for 17.3 micron, 18.3 micron and 22.5 micron wool, were ‘‘priced extremely well'', with the wool destined for Global Merino.

Omarama School pupils had an educational outing to the saleyards, where they were divided into groups with each group having to find the answer to a question pertaining to the sale.

There was much squealing when they were shown through a stock truck and shut in a pen, while PGG Wrightson stock agent Barry Fox also talked to them about his job.

Friends of Omarama School organised a school fundraiser with lambs donated by local farmers at the sale, proceeds of which would go towards new school furniture.