Making a difference for dairy women 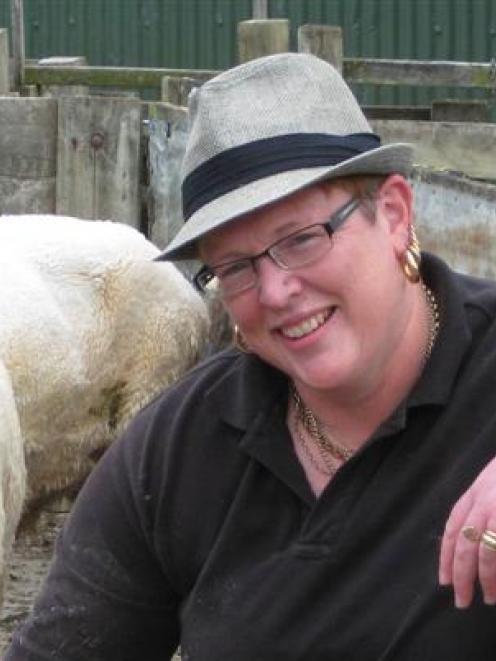 Dr Peoples, a social scientist based at AgResearch Invermay, is leading the first phase of Project Pathfinder, an initiative aiming to build the leadership capacity of New Zealand's dairying women.

The project, which recently gained a Sustainable Farming Fund grant of $180,000 over three years, will get under way in July.

Dairy Women's Network Trust Board chairwoman Michelle Wilson, from Southland, said the network was extremely excited about the project, which was something it had wanted to do for years.

Members were surveyed regularly and a gap was identified in the past couple of years. As a not-for-profit organisation, it was always looking for funding to help deliver what members asked for.

Women made up 50% of the dairy industry and there were women who were leaders in their communities, serving on school, health and sporting boards. But there was a gap between those sorts of boards and women putting their names forward for the likes of DairyNZ or Fonterra, or even community boards.

The network wanted to add to women's ''toolbox'' of skills and help them realise they had those skills. They often did not see themselves as leaders. It was also for women wanting to become involved in leadership at a grass-roots level.

''In reality, dairying women are directors, managers and, in many cases, owners of multimillion-dollar businesses which need people with sound leadership skills as well as farming, financial and business acumen,'' Mrs Wilson said.

The project had been on the network's ''wish list'' and it was ''just fantastic'' to see it recognised, she said.

DairyNZ strategy and investment portfolio manager Jenny Jago, who welcomed the funding, said strong leadership was needed as the dairy industry was faced with more complex issues and significant challenges.

Dr Peoples said the first stage of Project Pathfinder was all about getting to know what dairying women needed to enhance their leadership capacity. She would interview women within the network and outside it.

Once that was understood, key stakeholders in the industry would be asked what they were looking for in leadership roles.

Not all women aspired to those positions so it was about catering to their needs at the various levels of leadership they aspired to, she said.

The second year was about developing a programme around those needs and running a formal leadership programme.

It included mentoring, workshops and online tools and resources, such as an e-leadership hub and career pathway hub. It was not only about building knowledge but also capacity and confidence, Dr People said.

Outside of the project, her ''big soapbox'' was the contribution women could make both on-farm and off-farm, particularly in the environmental area.

Many women needed ''a bit of confidence'' and to be reminded they were highly competent businesswomen.

Dr Peoples described the Dairy Women's Network as ''the most amazing, motivated, positive, optimistic group of people you could get''.

The network was established in 1998, following the second International Conference for Women in Agriculture held in Washington, DC, with the purpose of developing and educating women to add value to the business of dairying.

Mrs Wilson has stepped into the role of executive chairwoman to lead the network's day-to-day operations while a recruitment campaign is carried out for a new chief executive.

She wanted to spend more time with her family and said to take it to the ''next stage'' and do the role justice required someone who was Waikato-based.

Mrs Wilson said the network had grown over the past couple of years from having 2100 members on its database to 4000.

She attributed the increase to good strategic planning, building of the network's team and increased awareness of its role.

There were 30 regional groups throughout the country and Taieri was particularly an area where expressions of interest were being sought from anyone interested in becoming part of a regional group.