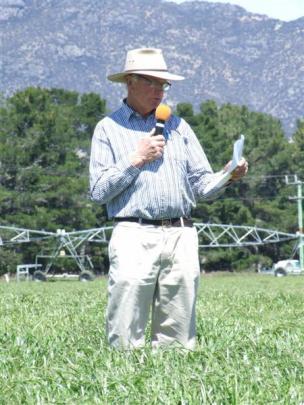 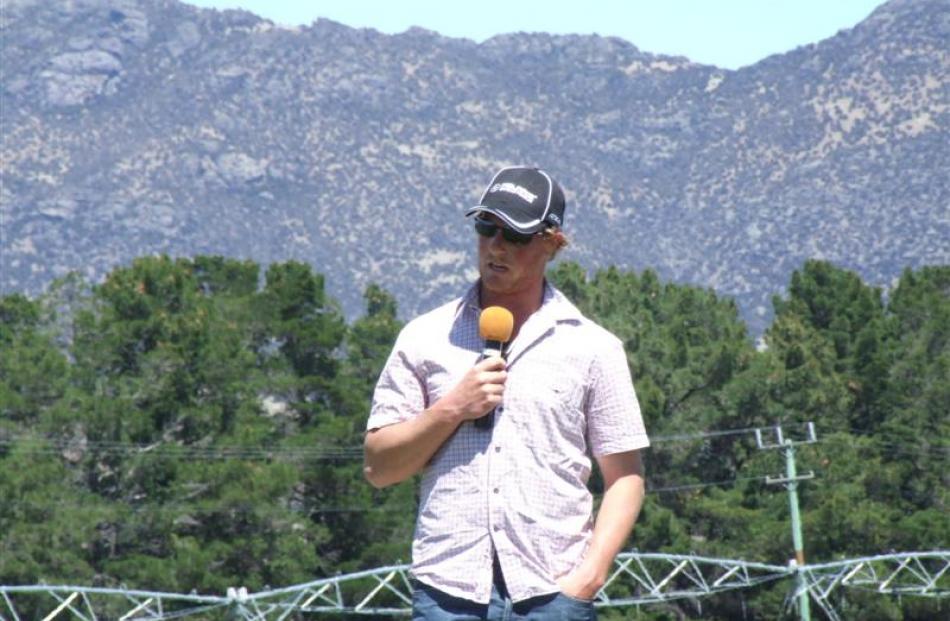 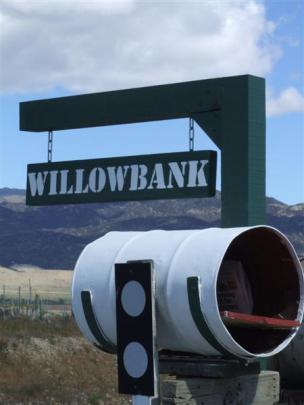 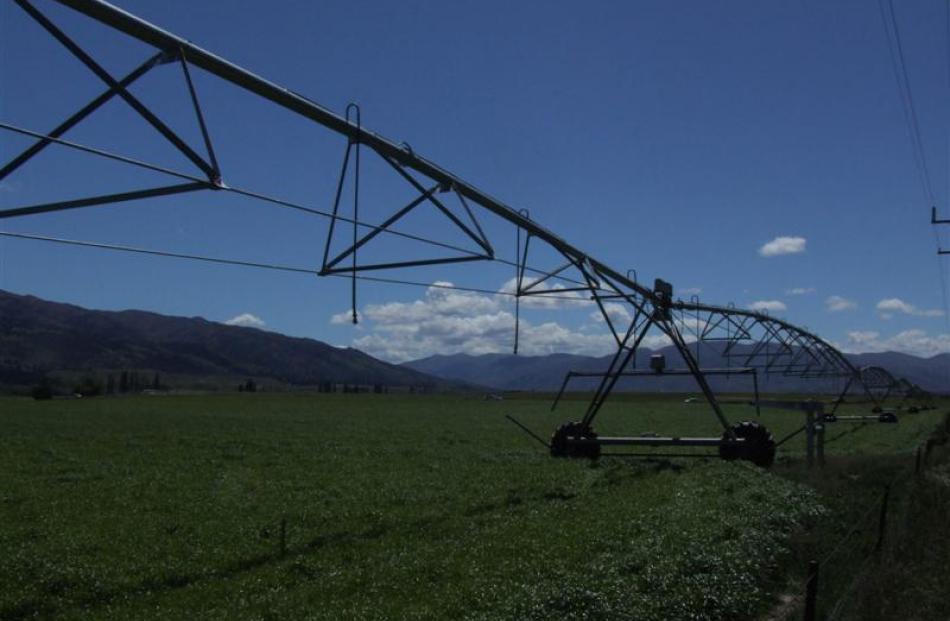 Willowbank has undergone substantial irrigation development over the past two years. 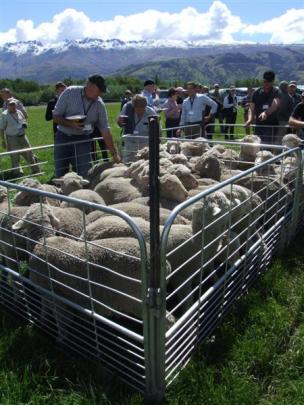 Merino sheep on display at Willowbank, near Tarras, during a field day as part of the New Zealand Grassland Association conference last week. Photos by Sally Rae.

When Gordon Lucas' parents bought Nine Mile Station, the local land agent commented that it ''wouldn't be a bad stepping stone for the lad''.

''Here I am at the end of my career and I'm still on the stepping stone,'' Mr Lucas quipped.

He was outlining the story of Nine Mile Pastoral Ltd to those attending the New Zealand Grassland Association conference, which was based in Alexandra last week.

The sunny country of the 2223ha property, which has an average annual rainfall of 500mm, had been badly degraded by rabbits, although numbers were not high when he took over.

He implemented a Catchment Board farm conservation plan that involved seeding, fertilising and setting aside the land which was left ungrazed for five years to restore vegetation and build a seed bank. That was to set up the hill country for the future.

Stock numbers have increased steadily over the years, with total stock units, including cattle, of 8848 this year.

In 1989, with ''micron madness in full flight'', the flock was changed to merinos to take advantage of the much higher price fine wool was achieving at the time.

Nine Mile had since changed their type of sheep ''dramatically'' and, for Mr Lucas, it had been a ''really progressive and exciting time'' for him, in his later career as a farmer, to be involved in the genetic process.

Nine Mile Pastoral's farm manager Justin Willson said they had been on a ''crusade'' over the past 15 years, with the help of stud classer Jayne Rive, to push merinos as a true dual- purpose sheep.

Merinos had ''failed terribly'' in carcass performance but, by breeding their own rams, they had come up with a super-fine dual-purpose poll merino with far superior finishing qualities while keeping the wool that they loved, Mr Willson said.

Mr Lucas said Nine Mile's sheep breeding and genetics story was mainly due to Miss Rive, who visited Nine Mile on a trip back from Australia where she was then working. She was enthused about a different selection method known as SRS.

About 1999, she started classing every ewe on Nine Mile every year. Any ewe that was ''spectacular'' was taken aside to start a stud flock. Those 200 ewes that were ''a cut above the rest'' were dubbed the Pink Ladies, and numbers in that flock were now more than 600.

The polled merino stud was registered four years ago and about 100 rams were sold annually with numbers increasing each year as the stud grew.

The Lorelmo stud in New England, Australia, had a strong influence, and they were also trying other bloodlines, Mr Lucas said.

In 1992, Mr Lucas and his wife Spin purchased Willowbank, a property 10km south of Tarras and 26km from Nine Mile, as a run-off farm.

While the property was previously partially irrigated by border-dyke system, using water from the Lindis River, it was not very efficient and, with an allocation of two days a fortnight, it was ''simply not enough to do the job'', he said.

Over the past two years, the property has undergone substantial development, with three pivots, a rotorainer and K-line now irrigating about 148ha, drawing water from the Bendigo aquifer via a bore.

It had enabled them to make a fattening farm, using Nine Mile as the ''engine room'' and breeding source.

Mr Lucas was ''rather proud'' of what had been achieved and, while still in the development phase, it looked as though it was going to work very well, he said.

Lambs arrived from Nine Mile in early February and, with the quality feed, they ''hit the ground running and never look back'', Mr Willson said.

It had freed up Nine Mile considerably, allowing them to get ewes back to optimum condition to go back to the ram.

Willowbank was now a vital part of the operation to add value to store stock. It was also equally important to send stock to Willowbank in the best condition, as the high cost of irrigation dictated high performance in every facet of the operation, he said.

The property was still in a transition phase, having had significant earthworks to enable pivots to be installed.

Green feed cereals and brassicas had been used to generate seasonal quality feed while building organic matter on lighter ground and allowing weeds to be dealt with.

Surplus feed produced was currently utilised by wintering dairy cows but that would not necessarily be a long-term land use.

This season was the first that the property had been fully irrigated. Performance of fine wool sheep had ''on the whole'' been outstanding, Ben Nielsen-Vold, who manages the Willowbank operation, said.

Farm consultant Peter Young was given a brief to consider any stock class on the property - ''as long as merino hoggets come first''.

With that in mind, he had to build a farm system that enabled those hoggets to be carried through from early February to about now or the end of this month.

The pasture needed to fit with what merinos liked eating. It was similar to a child that was a fussy eater and they needed to make sure the cultivars and pasture mixes were to their liking, he said.

It was not necessarily about being a ''grass factory'' but about producing as much product as possible and at the highest dollar return that they could.

Nine Mile's core business was merino sheep; that was what they were passionate about and also ''pretty damn good at''.

They were better off farming something they enjoyed and were good at, Mr Young said.

In two or three years, dairy cows ''may or may not'' be in the system. He looked forward to the next few years and fine-tuning the operation.

Asked whether dairy cows would ever be milked at Willowbank, Mr Lucas said, ''[I] don't think so.''

The figures justified them sticking to merinos and ''probably not even grazing dairy cows''.