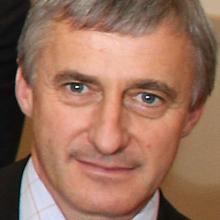 William Rolleston.
More farmers are experiencing "undue pressure" from their banks and sharemilkers remain the most vulnerable in the sector, the latest Federated Farmers banking survey shows.

Overall satisfaction remained strong, with 80% of all farmers and 78.4% of dairy farmers either very satisfied or satisfied with their banks.

The survey showed sharemilkers were least satisfied. Given the current economic climate, it was no surprise they were the most exposed, Federated Farmers president William Rolleston said.

While there was a lower level of satisfaction from sharemilkers, that had improved since May.

Sharemilkers were also the most likely to have up-to-date and detailed budgets, with 84% having one for the current season and 42% for future seasons.

Mortgage interest rates continued to edge down, in line with the Reserve Bank’s cuts to the official cash rate, and rates for overdrafts continued to climb.

Federated Farmers understood the reduction in average mortgage rates was largely due to farmers moving from older, higher fixed rates to current fixed and floating rates which were lower than those two or three years ago.

However, the organisation was particularly concerned about the possibility of higher risk margins being imposed on some farmers with the potentially perverse effect of making otherwise sustainable farms more vulnerable, Dr Rolleston said in a statement.

Other farming types, particularly sheep and beef, were not reporting nearly the same extent of bank pressure and their satisfaction levels remained relatively strong.

The survey also showed an improvement in the quality of bank communications.