Breeding flies to act as pollinators, fitting queen bumblebees with radio transmitters, and preloading honeybees with pollen. These are all methods being trialled to increase the range of crop pollinators.
New Zealand crop industries need a box of new tools to ensure sufficient pollination into the future, a pollination scientist told the audience at the Foundation for Arable Research’s field day at Chertsey on December 7. 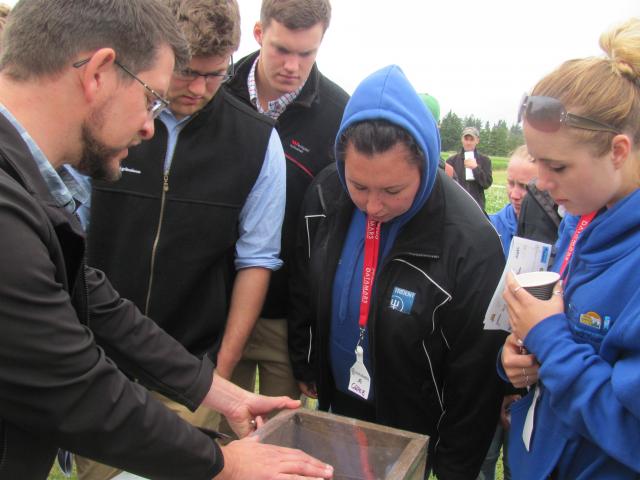 Dr David Pattemore, of Plant & Food Research, said scientists were seeking new methods of crop pollination for industries such as avocado, kiwifruit and other agricultural crops.

While  managed honey bees remained the mainstay of crop pollination, the cost of renting beehives had increased as beekeepers fought threats to bee health.

Continuing increases in the value of manuka honey meant beekeepers could earn high returns in that industry, he said.

The three main objectives of the research were to identify wild pollinators, find the most effective and boost their numbers; the management of bumblebees; and looking at ways of controlling honeybee behaviour to increase their efficiency so fewer hives were needed.

Several flies had been identified as wild pollinators, with the drone fly the most effective, Dr Pattemore said.

The drone fly looked to be much better at pollinating hybrid crops than honeybees, he added, but it was not about choice.

‘‘It is really important to have a group of pollinators.’’

A project of rearing drone flies had just started and, while it was not difficult to rear them, there were challenges to control health issues when moving drone flies from dairy effluent ponds.

Bumblebees needed to forage every few days and were good at getting out on flowering crops in variable weather.

The project had gone for underground nest boxes as they involved just a one-off cost, he said, with only the nesting material needing to be replaced.

There were still variable results in attracting bumblebees to the nest boxes. In one instance, 50% had established colonies while a property down the road had no success.

As the most common short-tongued Bombus terrestris bee was the least likely to occupy the nests, the team was working to understand how queens of this species selected nest sites.

This year bumblebee queens will be fitted with  miniature transmitters and tracked using a newly developed automated radio system, while they search for nest sites.

It had been found building an artificial bank near the nest box had doubled the success rate.

It may be possible to train bees to go to the crop which needed to be pollinated by offering a sugar reward, Dr Pattemore said.

Initial trials had demonstrated  honeybees could be trained to search for scents. Floral scents from a range of crop flowers had been identified and the research team had assessed honeybees’ ability to detect these different compounds.

The next stage was to assess whether pollination could be improved through this training.

A new pollen dispenser had been developed which could be fitted to the hive entrance, to preload the bees with pollen before they even reached the flower, improving efficiency at cross-pollination.

‘‘The challenge is how do we harvest enough pollen,’’ Dr Pattemore said.