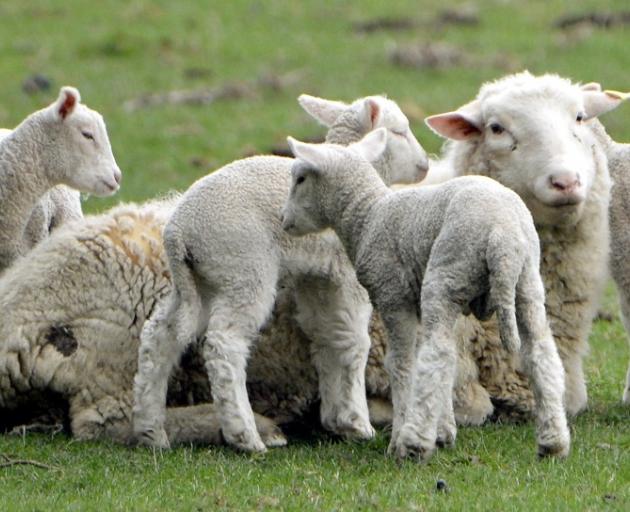 Demand for lamb in overseas markets is coming at a time when supplies are lower than normal in New Zealand. Photo by Stephen Jaquiery.

A drop in slaughter rates in New Zealand, the world's largest exporter of lamb meat, has pushed up prices to multi-year highs in export markets.

Demand for lamb in overseas markets is coming at a time when supplies are lower than normal in New Zealand as good grass growth prompts farmers to retain their stock for longer to increase their weights.The latest lamb slaughter data for New Zealand shows the lamb kill in the fortnight to March 11 was 11 per cent below the same period a year earlier and 18 percent weaker than the five-year average, AgriHQ said.

"The overseas lamb trade held in exporters favour in March," AgriHQ analyst Reece Brick said in his report. "Enquiry is still coming in at a steady rate, but low slaughter rates and the fact that some exporters have already forward sold significant portions of current production has left the international lamb trade short on product. The short-term outlook is positive."

AgriHQ's Brick noted that it has been easier for meat processors to source lambs in the South Island than in the North Island, where processors have found it "particularly difficult" to source lambs for slaughter in recent weeks.

"Weather conditions have fallen in farmers' favour since late summer, and they are therefore sitting on what numbers they have until they reach desirable kill weights," he said.

Brick said industry estimates for lamb numbers this season also appear to have been too high, which means it's debatable how many lambs remain to be slaughtered.