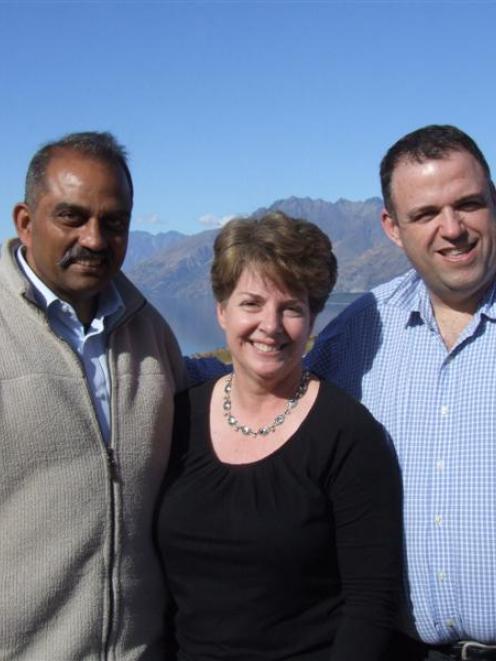 The symposium, hosted by Dunedin-based agribusiness consulting and new ventures company AbacusBio Ltd, attracted about 50 people from throughout New Zealand.

In an interview, Prof McLoughlin said the rest of the world and, particularly Ireland, regarded New Zealand as a ''serious beacon'' in agriculture and agribusiness and he believed that perception was led by the New Zealand brand ''as a whole''.

The biggest issue for Ireland was sustainability as a tool to market the country internationally. The rest of the world regarded New Zealand as having achieved sustainability.

When people were asked what they knew about New Zealand, they invariably mentioned its remoteness, cleanliness and the sustainability of its agriculture, as well as it being home to the All Blacks, Prof McLoughlin said.

New Zealand was home to ''world-class'' agriculture and was doing ''better than OK'' in that field, he said.

Sometimes, it needed people coming from outside ''to remind yourself you're doing a really good job''.

But it was still a good idea for New Zealand to scrutinise its practices, as it needed to keep asking itself the ''hard questions''.

As far as global agriculture was concerned, it was at a serious crossroads. However, there were two billion more people ''coming onstream'' in the next 20 years.

About 25% of China's population was now middle class and, in 20 years' time, it would be between about 50% and 60%. The implications of that, as far as protein consumption was concerned, were ''enormous''.

There had not been a technological breakthrough in agriculture for a long time, but the best farms in the world were now engaging in management innovation, he said.

Ten case studies, with real agribusiness scenarios, were selected for discussion at the symposium.

The case studies were selected to focus on a range of interests specific to New Zealand and Asia-Pacific agribusinesses, such as the development of new markets, dealing with market volatilities and uncertainties, continuous innovation, transformational leadership, new opportunities and value-chain thinking.

Prof McLoughlin asked those attending if the late Steve Jobs, of Apple, had been global secretary for agriculture, what they thought he would have done.

Rather than reading ''fancy'' books, or searching the internet for inspirational ideas, he advised those involved in agribusiness to sit down and think about how they could improve their organisation ''tomorrow''.

The world's great leaders all took time to think about what the future looked like and how their countries and organisations fitted into that, he said.

Mary Shelman, the director of Harvard Business School's agribusiness programme, who co-led the symposium with Prof McLoughlin, said that despite the challenges, there were ''tremendous opportunities'', especially for countries such as New Zealand.

Demand for agricultural products was climbing, in a race with supply, and that supply could not be met as in the past by bringing in more land. There were issues with land, water and also attracting talent to the sector.

But the opportunities globally, for the likes of red meat, were overwhelming. It was a time when people were looking for a more sustainable product and New Zealand was ''impressive''.

Provenancing was becoming a ''big deal'' - she believed it was becoming a trend, rather than a fad - and New Zealand had a competitive advantage in that space.

''Everyone knows there's an image that already exists there,'' she said. People wanted to know about where their food came from and the beginning of the supply chain.

She had done two case studies on New Zealand in the past two years - Zespri, ''a system we love and teach all the time'', and Fonterra.

Asked her thoughts on the state of the New Zealand red meat sector, she said advice that had been given to the Irish meat industry was that ''you're much better off if you work together''.

She encouraged co-operatives working together in the marketplace, rather than undercutting each other, which was ''the pathway to a bitter end''.

She was thrilled with the success of the symposium, saying the value of the programme was that it ''gets people out of their normal box ... To me, the value of this is you really stretch your brain.''

Such participant-centred learning was of great benefit, as it ''doesn't go away'', she said.

Olam International is a global integrated supply chain manager and processor of agricultural products and food ingredients, supplying products in 65 countries and with turnover of more than $US13 billion ($NZ15.6 billion).

Under his leadership, the company's China operations' turnover has grown to $US250 million within three years of incorporation.

Among the symposium participants were a group involved in Maori business, including Richard Jones, from the King Country, who runs Poutama, an independent charitable trust established in 1988 to provide business development services to Maori.

It was an exciting time for Maori business and the symposium had provided an opportunity for the sharing of many ideas and experiences. It was also a chance to make new connections, he said.

Nelson-based Miriana Stephens, who is involved with a Maori food and beverage business, said the business' big picture was ''New Zealand Inc'' and its members had come to see how they could work with others.

''We are very much into value added ... We're really keen to see what other people are doing; how they might add to our basket,'' she said.

While the case studies involved big organisations, what had been great was that some of their experiences resonated with participants.

''We do relate it back to the New Zealand context. It's made us all think about New Zealand Inc - where we need to place ourselves.''

She believed they needed to target the premium market, rather than feeding the masses.

''For us, everything's about the customer in terms of what they want, making sure we can supply that.''