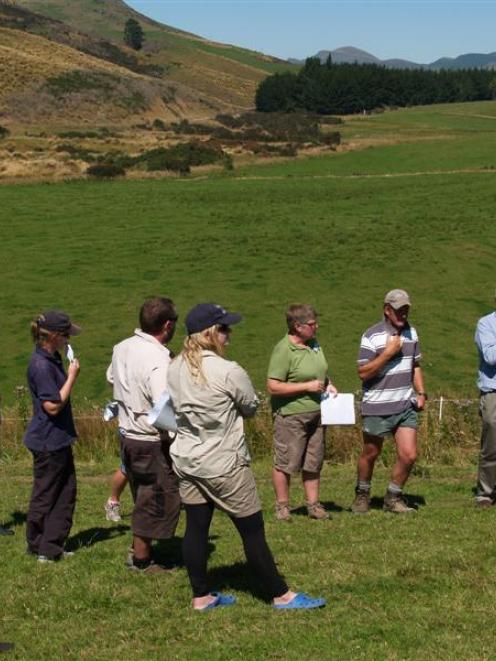 One of the biggest challenges at the moment was the public perception of farming and its impact on water quality.

''So many people don't think farmers care about their water and they do,'' Mrs Gregory, who is NZ Landcare Trust Southland regional co-ordinator, said.

Farmers were ''doing heaps''; they wanted rivers swimmable for their families and future generations and that was the key driver. It was not just about meeting water quality standards and limits, she said.

Last July, the trust started a year-long project to bring together farmers and stakeholders to investigate a catchment plan for the Pomahaka.

The project, dubbed Pathway for the Pomahaka, focused on management practices that affected water quality.

The initiative was funded by the Ministry for Primary Industries through the Sustainable Farming Fund, with support from DairyNZ, Ravensdown, and Beef and Lamb New Zealand.

Issues in the catchment were identified, along with a range of options that farmers could implement and best practice to improve things. It was not just about water quality but also soil management.

Over the next year, it was hoped to set up tributary groups and that was starting to happen, Mrs Gregory said.

Farmers also decided to set up their own group, the Pomahaka Farmers Water Care Group.

She was thrilled by the number of farmers who had signed up, saying farmers needed to lead the discussions and investigations and look at what they did on-farm and how it affected their water.

Some of the group's work would include more monitoring in key tributaries within the overall catchment and and promoting best practice within the media, getting positive messages ''out there'' and promoting what water quality was and what the issues were.

The Otago Regional Council had agreed to fund the trust to continue facilitating and supporting the Pomahaka catchment programme in 2014-15 and Mrs Gregory would continue to work closely with the farmers' group and the Clutha Development Trust.

There was interest in setting up catchment groups in the rest of South Otago as well.

Following a move south, she started co-ordinating the Southland Biodiversity Forum, a role which has continued.

The contact with farmers was the highlight of her work and it was also rewarding.

There were some big challenges facing farmers, but those challenges were not insurmountable, she said.

Mrs Gregory has also been involved in a three-year deer industry project, working in key areas around management practices that improved soil and water management.