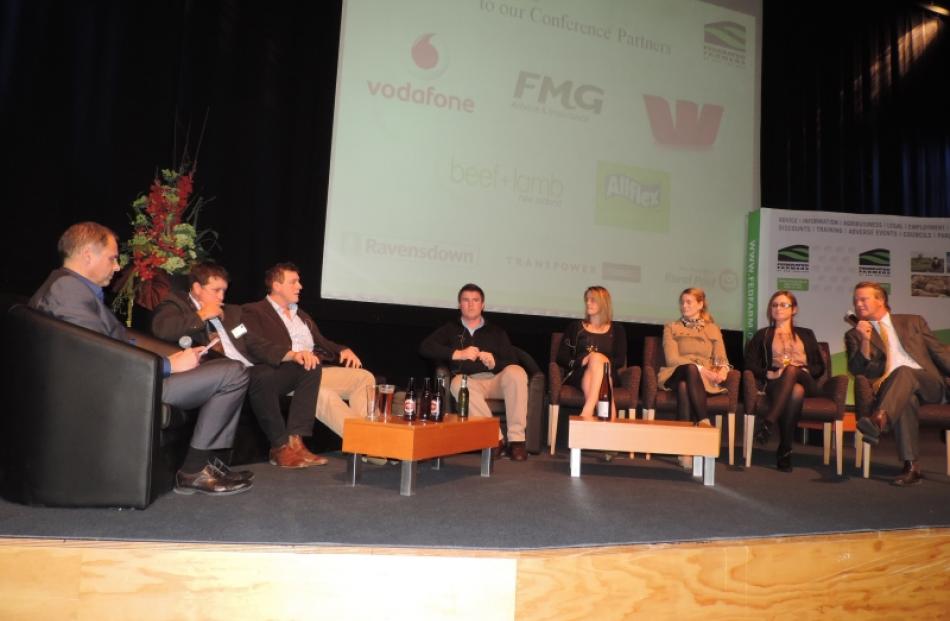 The Federated Farmers national conference in Ashburton last week lined up six of the best for a panel discussion on the future of rural New Zealand. Panel convener Ian Mackenzie said he was interested in the correlation between the booming local economy and the presence of ''young, smart people''.

Ryan O'Sullivan, who farms near Fairlie, said drystock farming was very difficult and the availability of irrigation from the Ophua scheme had been a catalyst in his area. It meant Fairlie had continued to prosper while other small towns had declined, he said.

''The reliability of production maintained it. It's a good place to live.''

Charlotte Mackenzie, a marketing manager for a rural supplies business, said a lot of young farmers had seen opportunities to develop their careers in Mid Canterbury and had embraced them with open arms.

Pip O'Neill, who grew up in the Maniototo and is now an agribusiness banker for Westpac in Canterbury, said she did not think people realised how innovative farmers were.

When she arrived in the region she did not know many people, but now a large group of her former Lincoln University colleagues had also moved there to take up employment in agricultural industries.

Catherine Wells, who moved to Ashburton a year ago for an agribusiness position with the BNZ, was headhunted from Hamilton after working in Perth for a year. She said her Waikato colleagues encouraged to take the ''big step up'' to Mid Canterbury because of the growth and dynamics of its farming sector.

Jason Rickard, who had been farming sheep and beef in the Lawrence area, had been away from Ashburton for more than decade. The changes in that time were ''huge'', he said. The population had grown and the surrounding towns were thriving based on the rural economy.

Richard Catherwood, a Mid Canterbury rural manager for ANZ, said irrigation was responsible the growth, dating back to the Rangitata Diversion Race. It meant land could be converted to dairy farming and had led to the arrival of solicitors, accountants, vets and transport agencies.

''At some point, the economic returns and the desire to do dairy conversions won't stack up.''