Resources to back up health and safety laws 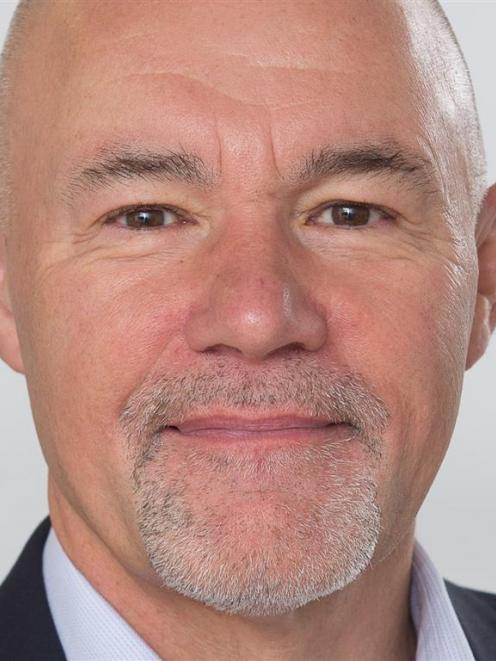 Gordon MacDonald.
Helping people through the "demystification'' of health and safety is not about having endless ring binders on the shelf gathering dust, WorkSafe chief executive Gordon MacDonald says.

Instead, there are great resources available and implementation of the new Health and Safety at Work Act (HSWA) next week was an opportunity for people to review what their own approach was to health and safety.

For the farming community, it was not a question of "eliminating risks from life or getting obsessed by paper cuts''; it was about stuff that caused life-changing and life-ending injuries to people, Mr MacDonald said.

More than one-third of workplace fatalities across New Zealand happened on farms, and the number of serious incidents on farms was also high.

Whether it was the emotional toll, productivity loss, or loss to the greater New Zealand economy through associated costs of injury and illness, it was a high burden, he said.

Mr MacDonald recognised there was misinformation about the impact of health and safety legislation.

Some believed it involved rules that were difficult and expensive to comply with.

Statistics showed a farmer stood more chance of being killed at work than being prosecuted by WorkSafe for an incident at work.

Stories he was hearing from the farming community were that while some might have feared "the thing called health and safety'', once they got into it and started applying some of the tools available, they found it was not as difficult as they thought it would be.

If they went to the website www.saferfarms.org.nz, or the websites of industry organisations such as Beef + Lamb New Zealand, DairyNZ and Federated Farmers, they would find tools to help them in a practical sense.

About 10,000 Safer Farms toolkits had been taken up by farmers.

"There is more help out there these days than ever before,'' he said.

Generally, New Zealand was about twice as bad as Australia or the United Kingdom when it came to statistics of harm.

When Mr MacDonald moved to New Zealand two years ago, to take up the chief executive role, one of the issues raised with him was the "she'll be right'' culture.

WorkSafe did a survey of how people thought and felt about health and safety and that was being repeated this year.

The survey was across the four key sectors of manufacturing, construction, farming and forestry.

Those surveyed recognised they worked in a dangerous sector but, when asked if they or their business felt at any increased risk, they did not.

That indicated they thought "bad stuff can happen but it's not going to happen to me''.

There had been clear health and safety workplace duties for more than 20 years, many of which were being carried over to the new legislation.

HSWA, which is implemented on April 4, did not mean a whole new list of risks had to be managed.

The new aspects clarified duties and were designed to better protect workers in workplaces, he said.

He previously had 35 years experience in the United Kingdom. He joined the UK's Health and Safety Executive in 1978, rising to be acting deputy chief executive, before moving to New Zealand.

As a regulator, WorkSafe had matured and developed some really helpful tools and there had also been growth of collaboration.

That had proved very successful in the forestry industry where the situation was "pretty dire'' several years ago.

There had been a 50% reduction in serious harm in the industry and a significant reduction in fatalities since then, which showed "it can be done'', he said.