Retailers floored by lack of promotion 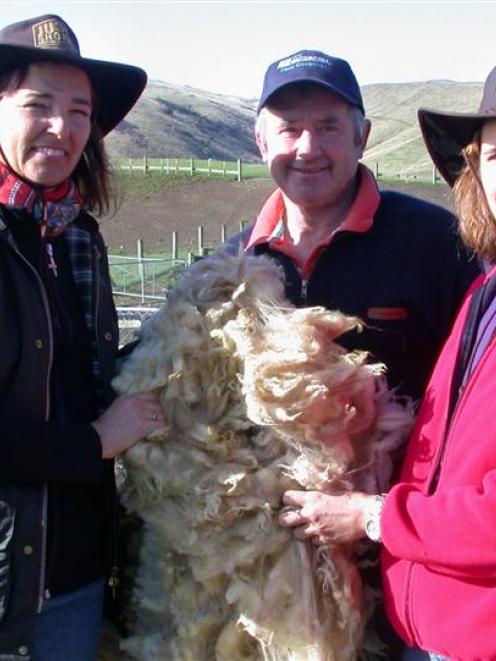 Kaddy Carpenter Ward and her sister, Jane Rinaca, say until very recently there had been no promotional or advertising material to support the sales of woollen carpets in the United States - the world's largest carpet market.

Compare that with nylon carpet, and Mrs Rinaca said that since manufacturers had solved issues such as weave and lustre, the product had been supported to the point where it was promoted as being sustainable because used carpets were being recycled.

Mrs Carpenter Ward and Mrs Rinaca were visiting Otago and Southland last week, having won a 10-day tour of the country at the Las Vegas launch earlier this year of Elders Primary Wool's Just Shorn brand.

When they returned to their Virginia Beach business, Mrs Carpenter Ward said they were going to redesign their store layout to include film of New Zealand farms and the wool carpet-making process, and images and material on the merits of wool.

They will also make use of the Just Shorn website, and say customers increasingly used the media to research buying decisions.

"This Just Shorn brand is huge for us.

It is going to make it so much easier to tell people about wool and where it comes from," she said.

Mrs Rinaca said many people in the US still believed sheep were killed to produce wool, a misconception they put to rest when they shore a sheep on a Hawkes Bay farm.

Sales of wool carpets made up 5% of their turnover, but they believed that could easily rise to 10% when consumers learned of its intrinsic values and, importantly, the feel of wool which was far superior to nylon.

"The organic nature of wool will appeal to more and more people," Mrs Rinaca said.

Importantly, Just Shorn was being promoted from its source - sheep on farms - unlike nylon wool which was promoted by companies which recycled used carpets but ignored its petroleum-based origins, she said.

"Nylon has been made to look like wool, but they will never make it feel like wool," Mrs Carpenter Ward said.