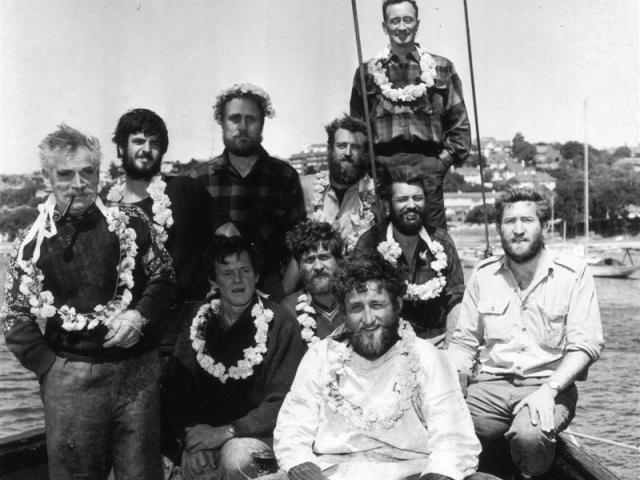 They will be considerably older and there will be a few gaps in the ranks, but next Wednesday seven men will meet in Oamaru to mark the 50th anniversary of an expedition to the remote subantarctic Heard Island. Neal Wallace relives the expedition through one of those explorers, Philip Temple.

Visitors to Queenstown are spending more than ever, second only to Auckland.

Two of the Octagon's original plane trees, planted 130 years ago, are among three that have died and will be removed, possibly by Christmas.

An 81-lot residential subdivision in Mosgiel should be allowed to go ahead, Dunedin City Council planning staff are recommending to councillors.

Queenstown could soon have a new 18-hole golf course, after Millbrook Resort yesterday announced expansion plans having received approval by the Overseas Investment Office to buy a neighbouring 66ha of land.

Thirty years ago on July 14, David Lange led the Labour Party to a sweeping electoral victory. Guided by reforming Finance Minister Roger Douglas, what followed in the next five years was the most significant economic revolution in New Zealand's modern history. Farmers were at the vanguard of those reforms as Douglas cut generous subsidies and assistance to the sector. The ensuing misery, uncertainty and anguish faced by farmers is detailed in a new book written by Otago Daily Times journalist Neal Wallace. Here he recalls those challenging times.
The knife has hung over the Alliance Group's Mataura sheep meat processing plant for some time.

In 2001, Neal Wallace entered the Coast to Coast for the first time. It was to prove addictive and he entered another seven over the following nine years. He reflects on the event as it celebrates its 30th anniversary.

Sporting and recreation groups in South and West Otago are already lining up to use the new $5 million Cross Recreation Centre, which will be opened at a ceremony in Balclutha tonight.
Convicted double murderer Gresham Marsh is haunted by the fact he cannot make amends for his crimes, but would like to meet the family of his victims to show he is a changed man, an Otago contact says.
As a society we are quick to gloat about all that is good about living in New Zealand, and there is plenty.
An easing dollar boosted wool prices at last week's combined auction of 15,760 bales of North and South Island wool.
An equity market for dairy farm investment is needed as capital requirements take investment out of reach of families and those other than the very wealthy.

In a further sign the battle with bovine tuberculosis in the South is being won, movement and testing requirements have been eased for more than 3500 southern cattle and deer herds.

Fonterra is freezing wholesale domestic milk prices for the rest of 2011, but says the price consumers pay will ultimately be determined by retailers.
SmartWool was founded in 1994 by New England ski instructors Peter and Patty Duke in Steamboat Springs, Colorado, in response to having cold feet.

A wool-sector leader is calling for the industry to unite after the at-times acrimonious and divisive debate over the failed formation of Wool Partners Co-operative.

It started as an adjunct to Neville Grubb's Alexandra cycle business - hiring a few bikes to tourists wanting to ride the sections of the Otago Central Rail Trail open to the public.

Auchterless could be carbon-neutral under the proposed emissions trading scheme (ETS), but station owner Alan Garden warns selling carbon credits from trees is not the financial windfall it seems at first.