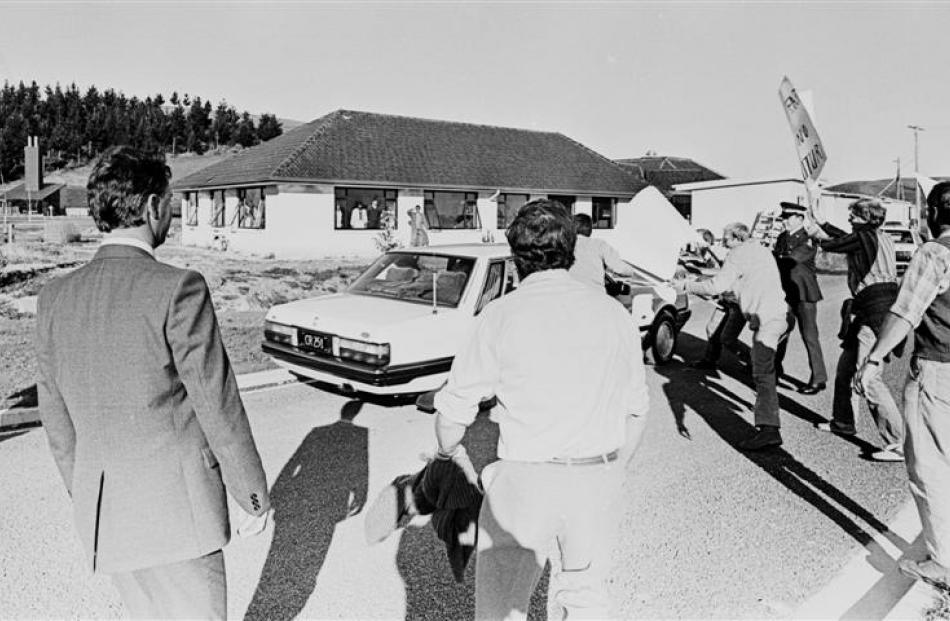 Protesters surround then prime minister David Lange's car as he attempts to leave Invermay in 1986. The car was left dented and had its ensign ripped from the bonnet in the attack. 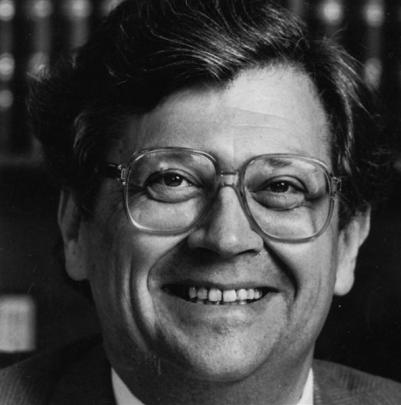 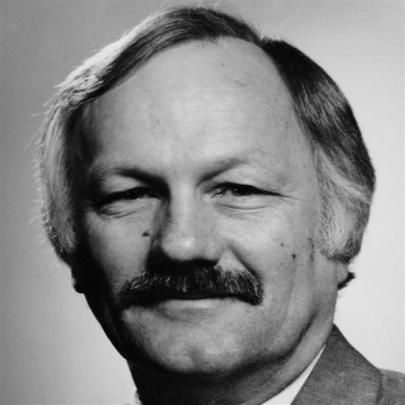 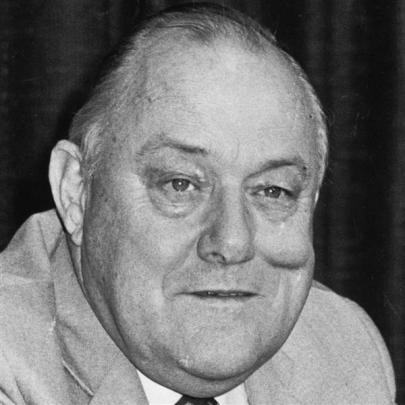 Thirty years ago on July 14, David Lange led the Labour Party to a sweeping electoral victory. Guided by reforming Finance Minister Roger Douglas, what followed in the next five years was the most significant economic revolution in New Zealand's modern history. Farmers were at the vanguard of those reforms as Douglas cut generous subsidies and assistance to the sector. The ensuing misery, uncertainty and anguish faced by farmers is detailed in a new book written by Otago Daily Times journalist Neal Wallace. Here he recalls those challenging times.

It was the shame, the tears, the loss of spirit, the beaten look in their eyes that Des Pringle remembers most vividly.

They were usually emotionally beaten up with nowhere else to turn by the time these farmers - usually men - had gathered the courage to approach the former North Otago Federated Farmers for help.

It was the mid-1980s and their pleas usually came in an evening phone call seeking solace, direction, a way out of the economic mess they were in.

By that stage their bank had cut off their credit or told them they were foreclosing their mortgage.

This was greeted by anger, lashing out at whoever was in range, someone to blame for their predicament. The Labour government's reforming Finance Minister Roger Douglas was the person most farmers held responsible for dismembering their lives and their businesses but he was a long way from the remote farmhouses where all of this anguish was played out.

There, they were engulfed by dark clouds caused by rising debt as interest rates soared and incomes plummeted once Mr Douglas had cut farm subsidies and other financial support to shore up the failing economy.

Many farmers could not see any daylight. They felt politicians had hung them out to dry. There was no transition period to Mr Douglas's market-led economic policies (colloquially known as Rogernomics), no weaning off the taxpayer's cheque book. They were forced to go cold turkey.

Equally, there was no support structure for farmers and families struggling the most, trying to juggle incomes that overnight fell by a third and costs that rose by a third.

Interest rate rises became the biggest cost, soaring from single figures to about 20% but up to 36% in some cases. Land values halved, pushing the most indebted farmers into negative equity.

Filling that support role initially fell to farming leaders such as Des Pringle but later a Rural Support Trust was established throughout the country, a network of remarkable people who helped families deal with the most exceptional problems.

They talked people out of taking their own lives, dealt with the aftermath of suicide, helped impoverished families deal with social agencies and offered support when dealing with banks.

In 1988, it stopped raining on the South Island's East Coast and the environment worsened, adding a whole new suite of problems for struggling farming families and Rural Support Trusts. Also that year, Cyclone Bola struck, ravaging farms on the North Island's East Coast.

Many farmers commented they could handle Rogernomics but add in drought or a cyclone and it pushed many over the edge.

Exactly how many left their farms because of Rogernomics and/or drought is not known. Federated Farmers estimates 800 were forced to leave but many more were encouraged and assisted to do so by lenders.

The government-owned Rural Bank in 1986 estimated that between 8000 and 9000 farmers were in serious financial difficulty.

Some farmers realised Muldoon's policies would not last and took steps to wean themselves off the taxpayer, but fear of the unknown prompted others to resist. For the first time in their lives farmers drew up placards, held protest marches in provincial centres and harangued politicians at meetings.

Later there was a hostile march on Parliament and fears of a street battle in Timaru between farmers and picketing waterside and meat workers, who were preventing the loading of a shipment of live sheep destined for the Middle East.

Debt became the barometer. Farmers without much coped. Others, through sheer bloody-mindedness survived. Many others suffered in silence, spending their days in the back paddocks too ashamed to show their face in public, wrongly believing they were the only one unable to reconcile debt and income.

Depression, although largely undiagnosed, was rife, causing normally rational people to act irrationally. It confined them to bed or the couch and to conclude that because their stock was worthless and they couldn't afford the fuel, there was nothing to be gained by tending them.

Some left the industry, others were pushed, but a small group opted to end it all. A farmer lobby group formed to support struggling farmers, the Provincial Support Group, calculated 52 farmers committed suicide in one year.

Mr Pringle recalls playing a mix of devil's advocate, realist, diplomat, friend, confidant and ally. The anger, hatred and intransigence of a long, often heated and tense evening discussion was replaced by a subdued reality the next morning, along with a decision, until then deferred, on what this indebted farmer would do next.

It was not just a case of restoring the under-pressure farmer to a business-as-usual situation but finding ways to allow a viable business to continue or, in some cases, negotiating with banks and creditors to allow them to walk away from their farm with dignity and some equity to start again.

The realisation soon dawned that the initial trickle of farmers coming under financial pressure from their nervous bankers could become a tsunami and this forced banks, farming leaders and politicians to find a way to help farmers leave the industry in a managed way.

Until Lange's victory, farmers had led a privileged existence under National Party leader Robert Muldoon, who by 1984 was shovelling $1 billion a year into

His largesse on behalf of taxpayers extended to more than 30 subsidies covering areas as diverse as fertiliser, farm chemicals, weed and pest control, assisting young people into farms and bolstering meat, wool and milk prices when they fell below a predetermined level.

His theory was flawed because he was paying farmers for quantity, not quality, and for product markets did not want. It prevented innovation and efficiency.

Unsold lamb had to be rendered; butter was exchanged for Russian-made Lada cars and mutton swapped for Iranian oil and Polish mining equipment.

Equally, local manufacturers enjoyed protection from tariffs and import licences, both of which kept prices high and choices limited. Muldoon was micro-managing the country towards bankruptcy.

The protectionist policies were aimed at maintaining domestic industry and jobs, but it was drowning the economy in debt. The National prime minister's solution to managing inflation was to keep it artificially low through the mechanism of a 1982 legislated freeze on wages and price increases.

Muldoon ignored the fact New Zealand and New Zealanders were changing. A decade earlier, the United Kingdom had joined the European Union, severing an almost unrestricted market for our wool, red meat and dairy products. It meant we had to find new markets, stand on our own two feet.

The nuclear-free debate was an example of the public wanting New Zealand to find its own place in the world.

Muldoon had a fraught relationship with Treasury. He ignored its economic advice and guidance in favour of his own path, a mix of populist politics and protectionism regardless of the economic cost.

Roger Douglas dished out the medicine with his first budget, cutting most of that agricultural assistance and phasing out the balance as he plucked the lowest-hanging fruit to get some quick economic gains.

In contrast, the lifting of protection for manufacturers and sectors such as ports was phased in over many years. This remains the subject of much bitterness.

It was left to Jim Bolger's National government, elected in 1990, to fully open the heavily protected, inefficient and unionised ports. The labour and welfare sectors would also be reformed by Bolger, led by his finance minister Ruth Richardson.

The Rogernomics era was a defining time not only for farmers but also rural New Zealand, which endured job losses, collapsed businesses and services and depopulation. It turned many towns into shadows of what they had been.

The economic philosophy introduced by Douglas remains largely unchanged 30 years later. For farming, the economic freedom and exposure to markets has created a much more productive industry, allowed the adoption of technology that reduces the use of insecticides and pesticides, better crop and pasture species and a much more efficient business.

But the scars and emotion remain among a generation who felt they were hung out to dry by the government.

That reform was needed in 1984 is widely accepted. That a traditionally left-leaning political party introduced right-wing market polices was and still is viewed as antithesis.

But a National government was never going to alienate its farming constituents with sweeping economic reform in the same way a Labour government would not do the same to its blue-collar worker constituency.

The book
When the Farm Gates Opened: The impact of Rogernomics on rural New Zealand, by Neal Wallace, is published by Otago University Press. It is available from Saturday.