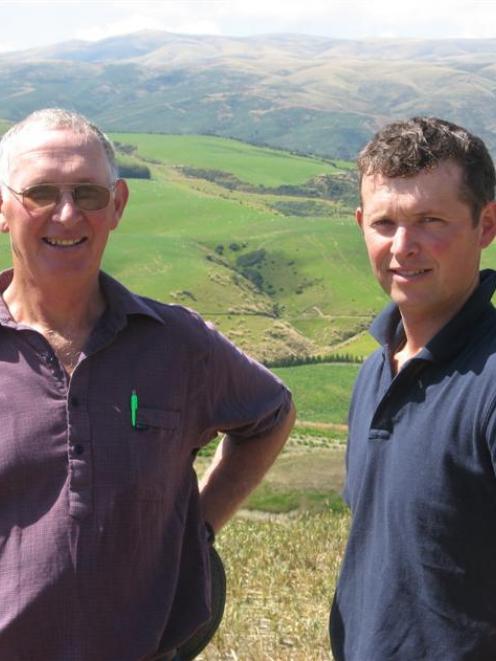 With 84ha, or 4.2%, of the Garden family property under trees, their carbon sequestering should easily compensate for carbon emissions generated by the Millers Flat farm, but Mr Garden said the politicised nature of the issue and the requirement to pay back the credits after tree-harvesting or when plantations were destroyed by a storm of fire, made him nervous.

"It converts directly into a liability," he said of carbon credits following a recent field day.

On the surface, the financial figures looked impressive, but dig a bit deeper and he said there were a host of expensive obligations and some uncertainty.

"That is where the hesitation comes from. It's not a gold mine. It's a potential liability for the property, and that's the way you have got to look at it."

Forest owners can earn carbon credits, or New Zealand Units (NZU), based on the carbon-sequestering role of their forestry.

Dunedin accountant Richard Farquhar provided figures using the Carbon Farming Group calculator based on a carbon equivalent price of $20 a tonne for a farm which each year killed 4480 lambs at 18.5kg, 790 ewes at 26kg, 80 steers at 150kg and 30 heifers at 135kg, and applying 40 tonnes of nitrogen.

For the same farm without applying any nitrogen but with 84ha of radiata trees at an average age of 14 years, the equation changed markedly.

Those figures did not include the ETS cost of electricity and fuel already being charged.

But, while these figures made those attending a recent field day on Auchterless prick up their ears, Mr Farquhar agreed with Mr Garden it was not that simple.

Mr Garden said the politicisation of the policy made him uneasy about selling credits for all his trees.

"You have got to remember the carbon credits scenario is being decided by politicians, but what is going to happen in 20 years' time?"

Mr Garden said trees grew well on his farm and he could treble the area under forestry, but given the uncertainty he questioned the viability of doing so, as he believed he had to have the financial resources to buy back NZUs he has sold.

But it could be a source of short-term, interest-free loans to fund a project. He and wife Hilary are building a retirement home and Mr Garden intended selling some credits to fund the project, but would buy them back.

Mr Farquhar said there were also issues such as choosing tree varieties with a long life, thereby reducing the frequency of paying back units when the forest was logged.

Owners can provide annual returns but are obligated to file five-yearly returns on their area of forestry and there were many grey areas, such as obligations for new owners of land where trees were part of the ETS.

A further unknown was how the property market would price tree plantations part of the ETS.

"There are implications we have not encountered before," Mr Farquhar said.

He advised forest owners to seek professional advice before committing to the ETS.

Mr Farquhar said the ETS charge would be deducted from farmers on behalf of the Government by meat and dairy processors based on product supplied and this was in addition to charges built into energy and fertiliser.

Any credits earned from carbon-sequestering trees would be paid annually as taxable income.