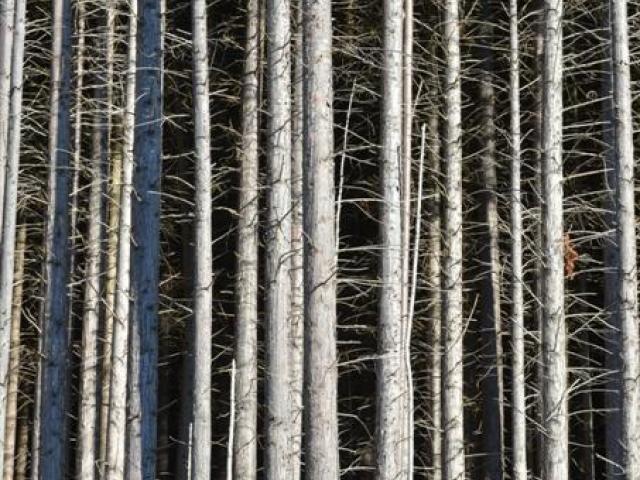 The controversial emissions trading scheme (ETS) is going pear-shaped, with carbon credits plunging from $20 per tonne of emissions to $4.20 per unit last week. Senior business reporter Simon Hartley talks to ETS supporters who are highlighting the emerging anomalies and are alarmed over the Government's proposed changes to the ETS legislation.

The Government appears ready to use the European credit crisis as a way out of expanding its obligations within the controversial emissions trading scheme (ETS).
Dunedin's work on waste diversion, and its project to use gas from its Green Island landfill to create electricity, should mean it pays a minimum amount under the Government's Emissions Trading Scheme (ETS).
The deadline is looming for owners of older pre-1990 forests, who have until November 30 to apply for compensation from the Government.
Greetings from a soggy Club Marama where indeed the snow was of limited consequence as mid winter is a great time for snow!

The Maniototo Community Board could face a $373,160 emissions trading scheme (ETS) liability unless it replants its cleared Naseby forestry blocks before the end of next year.

Auchterless could be carbon-neutral under the proposed emissions trading scheme (ETS), but station owner Alan Garden warns selling carbon credits from trees is not the financial windfall it seems at first.
Ten million New Zealand Units have been issued by the Ministry of Agriculture and Forestry under the emissions trading scheme (ETS) since the first returns were processed in early 2009.
The Emission Trading Scheme (ETS) needs to be given "a set of teeth" by the panel reviewing it, the Labour Party says.
The Emissions Trading Scheme (ETS) is to be reviewed next year and Climate Change Minister Nick Smith says he wants to make sure it is achieving its goals of reducing emissions with the least possible cost to consumers and businesses.
Agricultural processors are being invited to make submissions on how they can reduce their greenhouse gas emissions or help suppliers reduce theirs.
Parents of babies living in the Waitaki district from next month can be more environmentally conscious under a new subsidy scheme for cloth nappies being launched by the Waitaki District Council.
Last minute changes to deforestation rules under the emissions trading scheme have made wilding tree management possible, say Environment Southland.

The first tranche of costs associated with the emissions trading scheme, which came into force this month, could cost the meat, wool and dairy processing sectors $65 million a year.

Agriculture would not be included in the emissions trading scheme if New Zealand's competitors or trading partners did not address their agricultural emissions, farmers have been promised.

There are still very real concerns that the emissions trading scheme will be a millstone around the neck of an already overburdened land transport industry, former Act New Zealand and Labour MP and new Land Transport Forum chief executive Ken Shirley said.