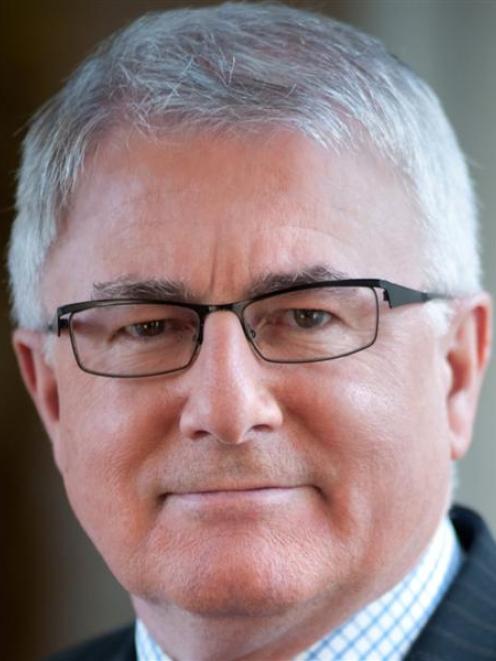 Tim Groser
The Government appears ready to use the European credit crisis as a way out of expanding its obligations within the controversial emissions trading scheme (ETS).

New Zealand's agricultural sector will be the winner, but it will come at the expense of the country's wider taxpayer base.

New Climate Change Issues Minister, Tim Groser, wasted no time in a speech to a national hui on Wednesday to warn about difficult economic times.

He announced a new consultation process, but warned that the process would occur with an overriding need to continue to manage the economy through the worst global recession the world had seen for 70 years.

The Government also had to manage the "enormous challenge" of the Canterbury rebuild.

"We are on track - we have had positive growth in eight of the last nine quarters - but there is more to do. In that context, maintaining fiscal discipline is vital, as country after country that, like us, depends on international capital inflow to maintain their standard of living and employment levels is currently finding out.

"You do not have to speak Greek to get the point."

Mr Groser said that in his view, there was no higher responsibility in the current difficult times internationally than getting this country's economic fundamentals right.

Everything else depended on that and "certain soft political choices" were limited.

The days when money poured in through the Government's front door and exited through the back door to scratch every political itch had gone, as far as National was concerned, he said.

"This will influence the Government's final choices, once the results of our consultations are in. Please do not be surprised."

Mr Groser pledged to take his new responsibility for climate change issues in a "very serious way", but said he had no intention of slowing down the pace of his work and travel schedule on his trade portfolio, or the work he did on the international side of climate change negotiations.

New Zealand's reputation on climate change would not be determined by what the Government did with respect to the 0.2% of global emissions that New Zealand had taken responsibility for, despite those who said the country should hang back and do nothing until a truly comprehensive global response was in place.

The leadership New Zealand was providing on the Global Research Alliance on Agriculture Emissions also needed to be factored into account in any balanced appraisal of New Zealand's contribution.

The latest phase of consultations would give a clear sense of the direction the Government believed it needed to move the ETS in some areas. In other areas, it would give an indication of where the Government's thinking was flexible, Mr Groser said.

The consultation meetings were being held in main centres or larger towns.

"There's only about seven remotely close to rural centres and that means a farmer in the Wairarapa has a round trip of six hours just to make the Wanganui meeting. That inaccessibility, I believe, is wrong."

There was little doubt much would be made of the biological emissions being pushed back by up to three years from 2014, Dr Rolleston said.

To farmers, that was a realistic appraisal and was not the "free ride" some would claim.

Farmers, like everyone else, had to pay the ETS daily on everything they consumed. That meant fertiliser, feed, fuel and electricity.

When it came to agricultural emissions, New Zealand had an outstanding story to tell, he said.

Labour climate change spokeswoman Moana Mackey said the Government's determination to push back the entry of agriculture into the ETS showed a double standard, with the Government's supposed commitment to fiscal austerity.

"The fact is, delaying the entry of agriculture to the ETS from 2013 to 2015 will cost up to half a billion dollars.

"That speaks volumes about National's priorities. The agricultural sector remains our biggest emitter. That's a reality the industry is working to mitigate, but the taxpayer cannot continue to pick up the cheque until science stops cows emitting methane."