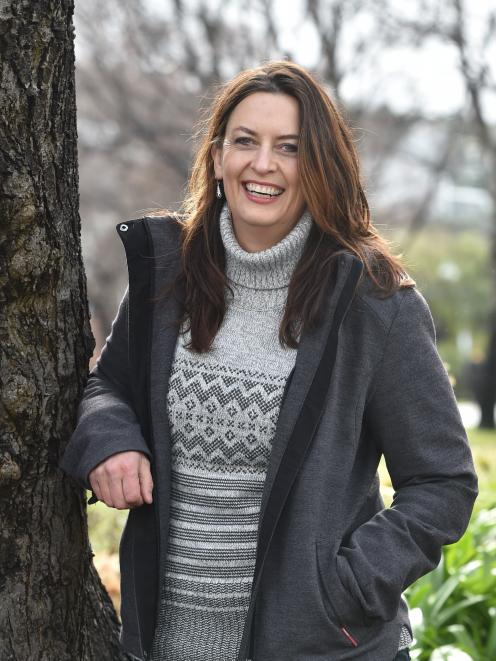 Dr Everett-Hincks has been awarded the Sir Arthur Ward award, presented by the New Zealand Society of Animal Production.

Dr Everett-Hincks was the first woman to receive it.

Dr Everett-Hincks (43), who lives near Brighton, was heavily involved in a major research programme on lamb survival while working as a scientist at AgResearch’s Invermay research centre.

She was made redundant in May 2014, and is now studying  law at the University of Otago.

Dr Everett-Hincks grew up on a sheep farm in South Otago where her interest in the maternal behaviour of ewes and the potential to improve that behaviour through selection began.

After leaving South Otago High School, she headed to Massey University with the intention of becoming a vet, but later switched to an agricultural science degree, specialising in animal breeding and farm management.

She was awarded a scholarship by the Wool Board to do her master’s degree in animal breeding and wool production, and was then employed by the board.

That was followed by a stint at Southland Polytechnic, where she ran the land strategy group.

Towards the end of her degree, she was approached by AgResearch and asked to join the team at Invermay.

She was initially a postdoctoral scientist with the reproduction team but soon moved to the animal genomics team to lead projects relating to lamb survival.

A series of projects  followed over the next 10 years,  gaining the support of more than 20 stakeholders, 22 sheep breeders, 47 flocks and involving more than 10,000 lamb post-mortems, predominantly carried out by the breeders.

The project highlighted the value to farmers of identifying the causes of neonatal lamb deaths.

In nominating Dr Everett-Hincks for the  award,  Rebecca Hickson, of Massey University, and Tricia Johnson, of AgResearch, said she had become the "face" of lamb postmortems in New Zealand.

She provided demonstrations and tuition to farmers nationwide on how to conduct and interpret postmortems.

A DVD was produced and thousands of copies were distributed to farmers to enable them to practically and simply diagnose the primary cause of lamb deaths in their flocks.

The research had extended to investigate the management of triplet litters. She had been a strong advocate of the use of body condition scoring to increase production.

In 2013, the lamb survival project was recognised as one of AgResearch’s three most influential projects in terms of its impact on the  agricultural industry.

Throughout her career, a notable feature of Dr Everett-Hincks’ approach had been her rapport with farmers.

"She has remained connected with farmers and agriculture, and understands the farm as a system. Her science is both scientifically robust and practically relevant.

"It is clear she has a real passion for adding value on sheep farms in New Zealand, and she backs that passion up with a talent for the job," the nomination said.

Dr Everett-Hincks said the award was validation for what the lamb survival team had achieved.

It was a good opportunity to reflect on what they had done and acknowledge those that had influenced her "along the way".

They included Profs Hugh Blair and Kevin Stafford at Massey University, Pahiatua farmer Bill Carthew, whose farm was one of those on which she did her PhD research,  her manager at AgResearch, Theresa Wilson, and Andy Bray.

One of the highlights was working with Tim and Trish Smith, managers of Landcorp-owned Mararoa Station at Te Anau, on the triplet trial, she said.

That work challenged the way in which triplet-bearing ewes were managed on a large commercial scale, she said.

"It was my dream job. I believe the research we did with farmers has laid a strong foundation which others can build from," she said.

While at AgResearch, Dr Everett-Hincks funded herself to do the New Zealand Institute of Management’s ESCO course and that opened her eyes to other opportunities.

Integrity was  important to her and she could see, with the way agriculture and the environment was going, there was a good opportunity to try to encourage compliance.

She knew about farming and agricultural science and, by completing a law degree, would have the knowledge and skill set for the law aspect.

While it was her fourth degree, and she balanced study with motherhood — she has a daughter — she also had a  supportive partner and she was "ready to learn again".

"I’ve left the [agriculture] industry for now. I will return but just in a different role because I love working with farmers and the agricultural community. I like being able to help people and solve problems," she said.