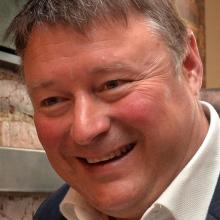 After months of debate and some opposition from dissenting shareholders, Shanghai Maling received approval yesterday to inject $261million into SFF and take a 50% share.

The decision was never in doubt, although the Overseas Investment Office process was a ''black box'', Mr Hewett said in an interview.

''To be fair, this was a Shanghai Maling application, not ourselves. But we did have a high degree of interest. We are pleased to be in this position.''

The partnership with Shanghai Maling would make SFF the financially strongest company in the New Zealand meat industry with the ability to confidently invest in its business, he said.

The new joint venture would be developing opportunities for its ''Plate to Pasture'' strategy as its first priority before working on sustainable returns to its shareholders - something that would not happen overnight.

Debt would be significantly reduced, which would go straight to the bottom line through dividends, Mr Hewett said.

SFF was changing its balance date to December 31 from the current September 30 and the first business day of the new company would be January 4.

''If we use the current September 30 as a proxy date, we will have no debt at the end of the year and substantial cash in the bank. Our peak-season funding will be much less.

''We have made good reduction in debt but we needed to get a good push. This will allow us to unleash our strategy.''

As far as shareholders were concerned, it would be business as usual, Mr Hewett said.

SFF had no interest in starting a procurement war but would have a strong enough balance sheet to respond if other meat processors started a bidding war for stock.

The larger group would also invest in its plant to unlock productivity.

Shanghai Maling president Wei Ping Shen said in a statement he was pleased the partnership could now be completed.

The regulatory approval cleared the way to move ahead.

New Zealand grass-fed red meat was the best in the world and SFF's brand had the potential to become a global red meat brand, he said.

After the investment was completed, the SFF co-operative would pay a special dividend of 30 cents per share to all ordinary and rebate shares by March 31 next year and start the redemption of the remaining $5million of outstanding supplier investment shares.

The OIO recommended the approval of Shanghai Maling's application because it met the criteria set down in the Overseas Investment Act 2005.

''We are satisfied the investment will be of substantial and identifiable benefit to New Zealand, which is the test set out in the Act. The investment will put the company in a better financial position and allow it to increase its exports,'' the ministers said.

New Zealand shareholders would continue to have 50% ownership of SFF while benefiting from the injection of funds from the new investor, the ministers said in a statement.